Highest-scoring buck by a youth each week now earns a Strike Force HD Elite camera, plus a spot in the Shoot-Out for a $3,000 shopping spree and a 3-day hunt. GON’s Youth Big-Buck Contest is back this deer season, and it just got way better. Browning Trail Cameras has stepped up as a major contest sponsor, providing 17 Strike Force Elite HD trail cameras. The highest-scoring buck each week of Georgia’s deer season will earn a young hunter a new trail camera.

One thing hasn’t changed. A youngster who deer hunts in Georgia this year is going to win a grand prize $3,000 shopping spree at Adventure Outdoors in Smyrna. Plus, that grand-prize winner will get to spend a weekend deer and hog hunting, fishing and spending time with the great folks at Woods-N-Water outfitters next hunting season. Imagine walking into Adventure Outdoors and having $3,000 to spend on whatever you want. Then, plan on putting all of that great new gear to good use during a weekend with Woods-N-Water.

Griffin Gravitt, 15, of Ashburn, just won the Shoot-Out for last season’s Youth Big-Buck Contest (see page 73). Griffin was enjoying his shopping spree less than 24 hours after winning the event July 29 at GON’s Outdoor Blast. Griffin got a new Browning A5 12-gauge shotgun, a Yeti Roadie cooler, Costa sunglasses and two boxes of bullets. He still has money remaining, so he’s also planning to get a new gun safe.

The Youth Big-Buck Contest is handled through the Truck-Buck contest. There is no separate entry process. All kids 15 and younger who enter bucks through Truck-Buck automatically are also entered into the Youth Big-Buck Contest. The youth or a parent must have a GON subscription 24 hours before the buck is killed, which is great for GON families—kids don’t compete against non-subscribers.

Once a buck is killed, the entry process is simple. Go to www.gon.com, fill out an online entry and upload three pictures. The youth is entered in the traditional Truck-Buck contest, and they also have their own contest.

Another great bonus of our Youth Big-Buck Contest is that kids entered in the contest have a much greater chance of their picture being published in GON magazine. 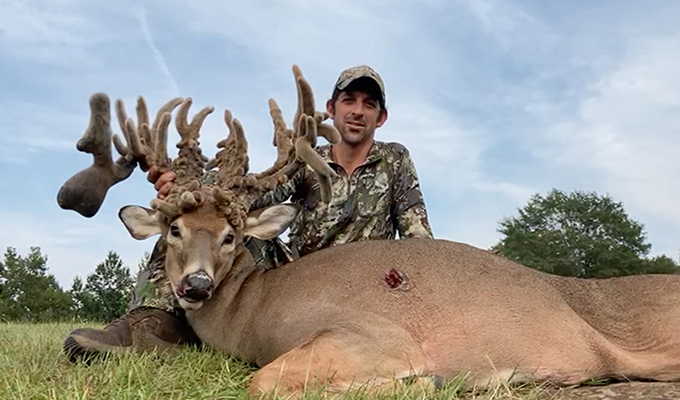