“I wasn’t letting go until I knew it was dead.”

Imagine being outside in the yard carrying firewood right as it’s getting dark. Now imagine hearing a bobcat nearby in the woods and then all of a sudden being attacked by it with no time to react or escape. And imagine, the bobcat was rabid.

Day was at a friend’s home on Arnold Caldwell Road in the Palmetto area of Oglethorpe County when the attack occurred. He said it had just gotten dark as he was carrying a load of firewood through the yard.

He heard a noise come from something in the dark. Before he knew what it was or could even react, a bobcat jumped on him, face-to-face.

Day tried to kick the bobcat away, and he threw the firewood he was holding at it. He was able to back up for a second, but then the bobcat jumped at his face.

Day was wearing leather gloves due to carrying the firewood, and the bobcat bit through the gloves. He also had on a Carhartt jacket that was made of durable material, and it has holes all over it from the attack. Day said he believes the gloves and jacket protected him from more serious injuries he could have sustained.

While trying to protect himself from the bobcat, which was still attacking him, Day looked around for a tree, thinking he might be able to swing the cat’s body around it and break its back. Instead, he stumbled and fell, but he fell forward, on top of the bobcat.

His hand went around the bobcat’s throat, so he pinned it to the ground and gripped its neck as tightly as he could, trying to cut off its air supply. The bobcat kicked at him continuously until it finally quit moving after a minute or so. Day, however, didn’t let go of the bobcat’s throat for five minutes.

“I wasn’t letting go until I knew it was dead,” he said.

The entire attack only lasted two or three minutes, Day said. The bobcat was 35 inches long, and Day estimated it would have come up to his chest if it was standing on its hind legs.

Although he was bleeding pretty badly from his bites, scratches and cuts, Day figured none of them were bad enough to need stitches. Several of Day’s friends cleaned his wounds.

After getting himself cleaned up, Day called 911 and the Oglethorpe County Sheriff’s Office. He assumed someone with law enforcement would come out to collect the bobcat and send it off for rabies testing.

That wasn’t the case, however. Finally, on Monday, Feb. 22, a friend of Day’s ended up taking the bobcat to the Oglethorpe County Health Department to be sent off for testing. Mike Day, of Stephens, was bitten by this rabid bobcat in Oglethorpe County. He was treated with $6,000 worth of rabies shots.

When Oglethorpe County Sheriff Mike Smith read in The Oglethorpe Echo about the bobcat attack, it was the first he had heard of it. He asked around the department, and none of the deputies knew about it either.

They looked back in their dispatch records, and there was nothing about the attack. Finally, the sheriff’s office listened to the 911 recordings from the evening of the attack, and sure enough, Day had called.

On the recording, the dispatcher asked if Day wanted an ambulance to come out, and he said no. He told the dispatcher he wanted the phone number for an EMT he knew so he could call and ask for advice.

Smith said proper protocol for wildlife attacks is for the 911 dispatcher to contact the sheriff’s office, the health department, the code enforcement office, the Department of Natural Resources and for a deputy to be sent out to the scene. The 911 software instructs dispatchers of exactly what to do with each type of call, but the dispatcher who took Day’s call did none of that. Therefore, that dispatcher has since been fired for not following protocol.

“There was no excuse for it, and I don’t tolerate something like that from any of them,” said Smith.

“We’ve answered snake, skunk and dog calls, so of course we would’ve responded to a bobcat call, if we’d gotten the information,” Smith said.

The Center for Disease Control told Day that they prefer a potentially rabid animal to be tested within 24 hours of an attack. The results from the bobcat’s rabies test came back Tuesday afternoon, and the bobcat tested positive for rabies.

Day immediately began the vaccination process. He received six rounds of shots over a five-week period.

Because he had so many scratches, bites and cuts on his body from the attack, Day had to receive a total of 13 injections for his first round of vaccinations. Each wound received a shot of the vaccine directly into the wound.

This was done because the vaccine is so thick and takes so long to move through the body. That first round of rabies shots cost more than $2,400, not including the cost of the visit to the emergency room to have the shots administered.

After the first round, though, he only had to have one shot in his arm for the remaining rounds.

Unfortunately, Day has no insurance because he has been unemployed for the past two years.

Although the bobcat tested positive for rabies, there was no way to know if Day had contracted it or not. The vaccine is designed to help his immune system fight off rabies, but there wasn’t a guarantee it would work.

The doctor told Day the chances of him contracting rabies from the bobcat were about 50/50. The virus is carried through saliva, and just because Day was bitten didn’t necessarily mean he had it.

Fortunately, Day is out of the woods now after completing the rounds of vaccination. The final total for all the shots was more than $6,000.

The vaccinations make Day immune to rabies for 10 years. If he is bitten or attacked by another animal during that time, he will only have to get a booster shot.

Editor’s Note: Jessica is a staff writer for The Oglethorpe Echo. 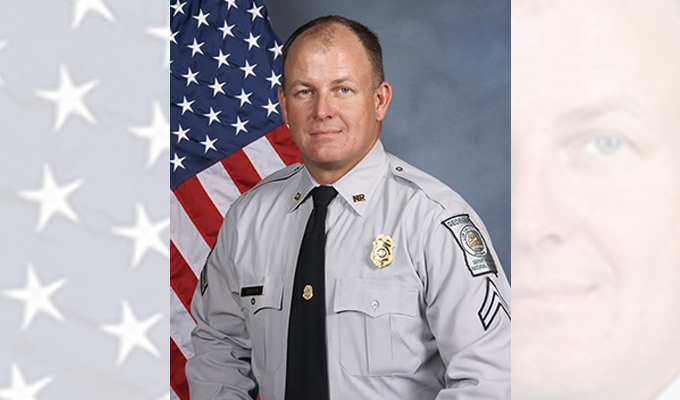