Hey Kids, Watch For Weird Things In The Woods

Alright kids, the picture to the right came across my desk the other day, and it was way too weird not to share with you. It’s a trail-camera picture of a doe that appears to have swollen cheeks. To me, she looks like she has huge wads of bubblegum in both sides of her mouth. Around our office, we quickly started calling her The Chipmunk Deer.

A fellow by the name of R.G. Baker of Walton County sent it to me, and I thank him for that. Without GON fans like Mr. R.G., we would miss out on a lot of the weird—and very cool—things that happen the woods.

I contacted our state deer biologist Charlie Killmaster about this deer. He said it’s likely that there is food lodged in the pockets of the doe’s cheeks. Sounds gross to me!

These food build-ups happen because of a little critter called the “arterial worm.” These worms enter the blood stream of a deer by horseflies. Once these young worms get into the blood stream, they get themselves all the way up to the arteries in the deer’s neck, which is where they want to be. That results in the deer’s jaw not working properly, which means they can’t totally chew their food, and that causes the build-up and the chipmunk-like appearance. Mr. R.G. said he plans to let this doe walk this fall, hoping it’ll bring a buck in.

So, what would you do if you saw this doe from your deer stand this fall? Mr. Charlie says these worms can’t affect humans, but the deer could have some bacteria from the worms, so humans shouldn’t eat a deer like this.

Mr. Charlie also said these deer can’t share the swollen-cheek condition with other deer, so that is good. Also, these swollen checks can go away over time. So if you see a deer like this and it appears to look healthy, you don’t have to feel like you need to shoot it to put it out of its misery. The best news is that if the deer’s cheeks return to normal, the deer meat is fine to eat once again.

Mr. R.G. said he’s not going to shoot the doe if he sees it. Instead he’s going to be looking for a buck behind her as the rut gets close!

OK kids, read the details below so you can share the cool things you find in the woods this fall.

With deer gun season starting this month, we know there will be more of you kids in the woods than usual. When you stumble across strange things that you believe GON fans would find interesting, send us a photo and some caption information about your find. You can email Brad at [email protected] or text GON at 678.729.7366. 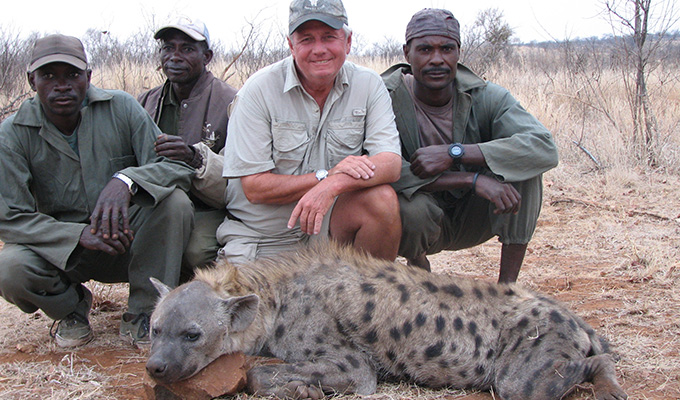