Gut Piles And Trail Cams: Tanner Heyer put his camera over a fresh gut pile last winter in Walker County near Chickamauga. Tanner said he was trying to get a picture of coyotes. Instead, he got this great close-up of a hawk. Checking Out The Progeny: This buck seems curious about a big fawn. Misty Price, of Danielsville, got the trail-cam picture in Greene County. Glynn County Potential, And Still Growing: GON subscriber David Urvina Jr., of Brunswick, said they named this pair “Hatfield and McCoy.” This picture was captured on May 30, and it looks like these coastal bucks still had some growing to do on those racks. Our Money Is On The Doe: Best we can tell, this not-so-bright spike is taking on a big doe with a front-hoove boxing match, while a button buck gets the heck out of there. Tim Butler, of Madison, sent the picture, which was captured on a Talbot County trail camera. “I’m Staying Behind You!” GON Hunt Advisor Tim Dangar, of Ball Ground, sent this cool picture of a pair of Cherokee County bucks. The buck in the back looks startled—or at least alert—as it rests its hoof over the other buck’s back. The picture was taken at 7:47 a.m. on Aug. 15. 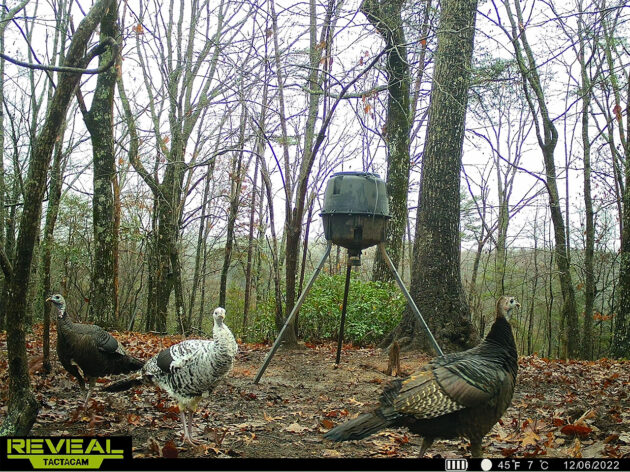