An invasive fish caught in Gwinnett County pond is not good news.

Georgians have been dealing with the impacts of non-native, invasive coyotes for decades. Then last week we learned about giant lizards from Argentina roaming the woods of Toombs County. Now, Georgia has a confirmed report of a snakehead, a tooth-filled fish that can live out of water for days, grow to 3 feet long and eats just about anything it wants.

The U.S. Fish and Wildlife Service made importation of snakehead fish illegal without a permit under the Lacey Act in 2002. Like the Argentinian lizards now being found in the south Georgia woods, the northern snakehead is a common aquarium pet that when released into the wild could have serious impacts.

According to DNR, the Georgia snakehead was recently caught in a private pond in Gwinnett County.

The northern snakehead is a fish native to Russia, China and Korea. They first came to North America both as an aquarium pet and also as a food source. In the wild, a snakehead breeds up to five times a year, producing tens of thousands of baby snakeheads. Unlike most fish, both parents protect the hatchlings.

Snakeheads first appeared in the wild in the United States in 2002 in two Maryland ponds. They soon showed up in California, New York, Virginia, Florida and North Carolina. Snakeheads have now been reported in 14 states. The snakehead is a long, thin fish, similar in appearance to a bowfin. They can grow up to 3 feet in length. They have a long dorsal fin that runs along their whole back, and they have a dark-brown, blotchy appearance. They can breathe air and can survive in waters with very low oxygen levels.

When snakeheads were found in the rural Arkansas Delta in 2008, state and federal officials had a dramatic reaction, something they called “Operation Mongoose.” They used more 3,000 gallons of liquid rotenone and 18,000 pounds of powered rotenone, some deployed by helicopters, and they killed every fish in 400 miles of waterways across 68 square miles at a cost of $750,000. The theory was that native fish like bass and bream could be restocked. The Arkansas efforts killed lots of snakeheads—and other fish—but it apparently didn’t eliminate all of them.

So far only one snakehead has been confirmed in Georgia waters.

“Our first line of defense in the fight against aquatic invasive species, such as the northern snakehead, are our anglers,” said Matt Thomas, Chief of Fisheries for WRD. “Thanks to the quick report by an angler, our staff was able to investigate and confirm the presence of this species in this water body. We are now taking steps to determine if they have spread from this water body and, hopefully, keep it from spreading to other Georgia waters.”

According to WRD, if you believe you have caught a northern snakehead:

The U.S. Geologic Survey (USGS) table below shows states with documented occurrences of snakehead fish (as of Oct. 2, 2019), including the earliest and latest observations in each state, and the tally and names of watersheds with observations.

A USGA list of references for all nonindigenous occurrences of Channa argus (northern snakehead) are found here. Art Rilling: An Officer, A Gentleman And A Georgia Icon 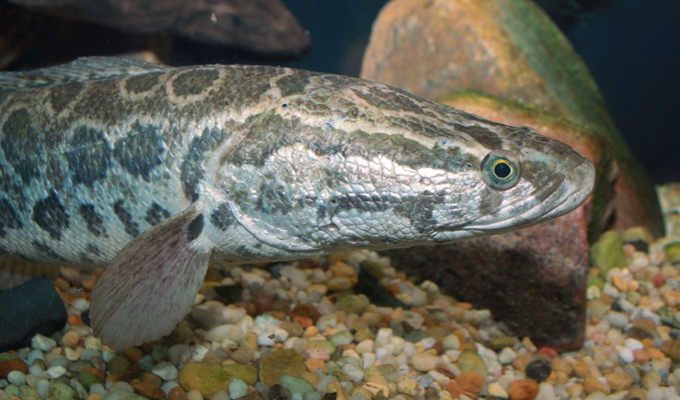