Even with all the right people in place, crazy stuff can happen when the tailgate drops.

A well-thought-out and properly planned rabbit hunt is a thing of beauty. It has several major parts, and they must all be taken seriously. If you slack off or miss one of these, the hunt will suffer and your standing in the group will drop.

The Group: You need a solid group of hunters. In my experience, this means somewhere around five to six people. More than that and the woods get crowded. Less than that and it’s hard to corner the rabbit. • The Dog Handler: He’s the star of the show on hunt days. He’s the one who voluntarily feeds the dogs and trains them the other 10 months of the year that we can’t hunt. In some cases, he’s also the hardest to get along with and the most anti-social, but that is OK because he’s one of our group and he plays a key role.

• The Hunt Master: This is the guy who keeps places for everyone to hunt. He cultivates the relationships and finds the properties we all hunt. It’s his leg work that keeps all of us in hunting ground.

• The Cook: The quality of your group depends on this guy. You can have rabbits, you can have good dogs, but if you don’t have good food, then something important is just missing. The food doesn’t have to be fancy, but by George it better be good. BBQ sandwiches, sausage dogs, chicken perlo, chili, venison burgers—you better bring your A-game! • The Practical Joker: This one is a careful find. This guy’s whole job is to make sure everyone is having fun, and that even when the dogs have a bad day and it’s too warm to run or too wet to run, that we all are smiling when the day begins and ends. He’s always got a joke ready and a story that may or may not be true.

• The Guys: These are just the fellows you know who fill out the list. They answer the phone and are always ready to go. Steady, reliable, fun to be with. For a number of years, we had a great group of guys who rabbit hunted together. When I say we hunted together, I mean three or four times a week from the time deer season ended to the end of the small-game season. Every year we walked thousands of miles together and killed rabbits all along the way. Now if you look at the list above, I was the cook and the hunt master. I had the connections, and I like to cook.

On Feb. 28 one year (last day of the rabbit season), we were hunting in Lamar County on a large piece of property I had obtained permission to hunt on. This place was HUGE! I mean we had the run of it, and there were rabbits! Lots of fun.

As the day wore on, we were really having a good one. We had killed at least seven or eight rabbits, and we were thinking it was time to quit when my buddy William’s old dog Rose struck a male rabbit (we call them bucks), and off they all went. Toward the end of the season, male rabbits tend to wander some so they can breed. This sucker ran in a straight line for a mile or more before ever making a turn.

When the dogs struck, we were all standing at a crossroads and listening to everything. The old man who owned the property looked at me and said he knew exactly where that rabbit was heading and asked if I wanted to ride with him to cut it off. Well of course I did. So off we went in his little 4WD Toyota.

Sliding and skidding at a speed that frankly had me worried for my safety and planning my funeral, we finally made it to where he wanted to be at an intersection. He slammed on brakes, and when we finished sliding, he told me to get out and walk up the road past a bend and wait for the rabbit. I jumped out and went as fast as my chubby butt would carry me.

When I rounded the bend, there he was!

Nope, it wasn’t a rabbit.

It was a black bear standing in the middle of the logging road just looking at me. I slid to a stop so fast my feet flew out from under me and down I went. The bear, it seems, laughed… and then jumped into the woods. As I stood up and gathered my thoughts, my wits and my courage, I wondered how I was going to tell everyone about this… After I managed to get back in gear, I stepped into the woods to continue to head off the dogs and kill that rabbit.

It was not to be. All of a sudden that bear got me! I mean he sure enough had me, was what I thought. Out of pure self-defense and in fear for my life, I shot the offending creature!

What I actually shot was a rabbit. A small cottontail had decided to pop up right in front of me and scare me to death! All I thought was BEAR!

We never shoot a jumped rabbit. My group of friends are out there for the pure love of the chase. We love to listen to the dogs run and enjoy the day. Except for that time… I, sure enough, shot that rabbit!

That bear was seen again a week later by the landowner, and everyone had to quit making fun of me for claiming I was attacked by a bear… 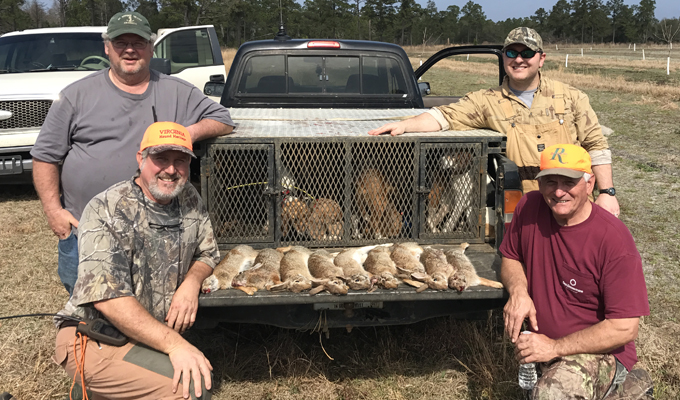 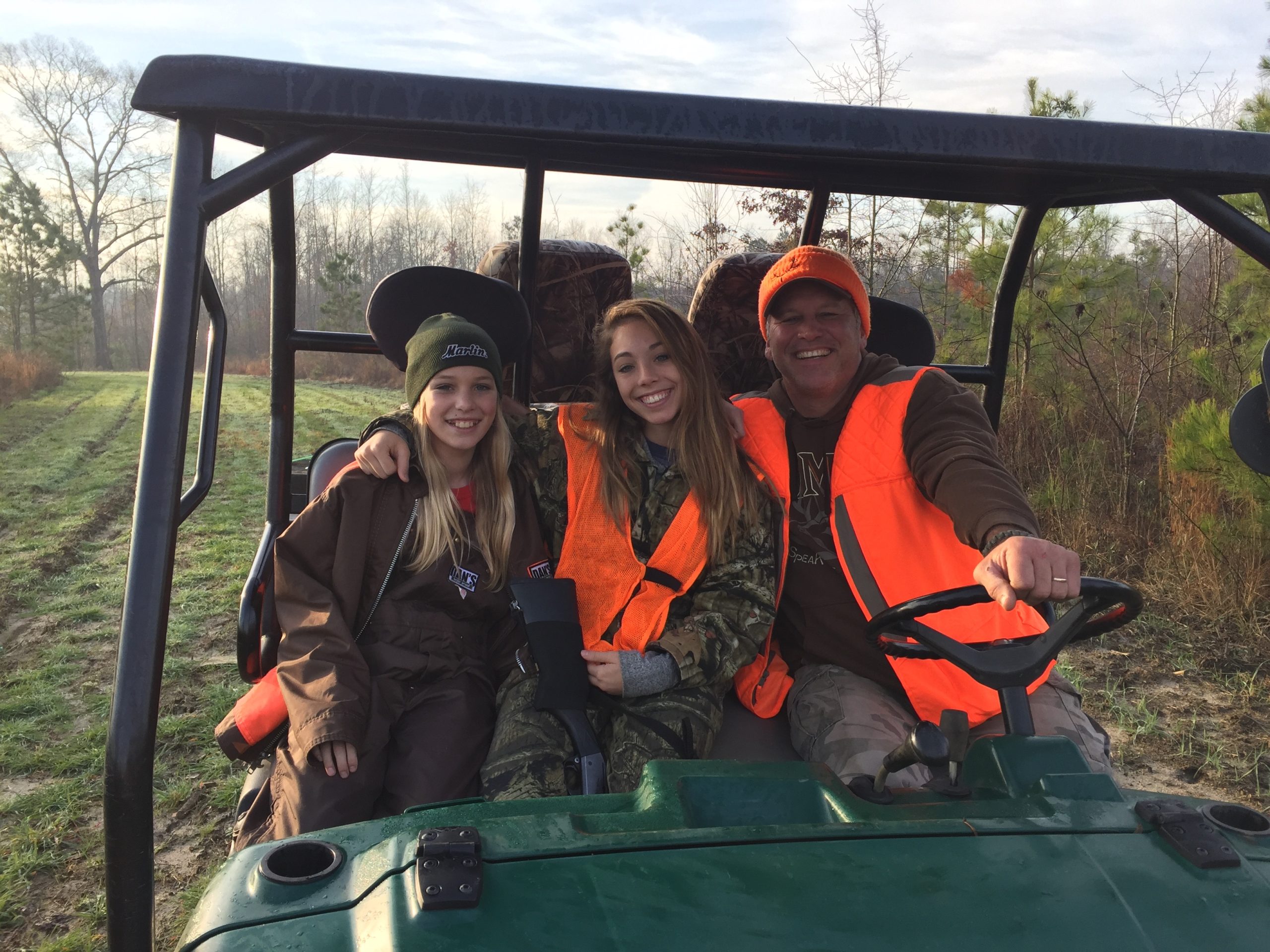