Got good rabbit hounds? Field trials can be great for a reality check.

I’m proud of my beagles. They run their little hearts out, and they allow me to kill plenty of rabbits every year. All-in-all, they run real good.

On October 15 I covered a Mid-Georgia Beagle Club field trial in Jackson, and I saw some excellent hounds compete in a day full of exciting, well-run rabbit races.

Three classes of hounds competed in this American Rabbit Hound Association — ational Kennel Club (ARHA-NKC) event: Grand Champion, Champion and Open. This event was for “Progressive Pack” beagles, which is defined by the ARHA as medium-speed hounds. Looks like rabbit season! Even though a shot wasn’t fired, the atmosphere of a field trial feels much like a rabbit hunt.

An active beagle in the field-trial circuit begins in the Open Class, and after earning enough points, works its way through the Champion and finally the Grand Champion classes. A beagle that has achieved Grand Champion status works for points to earn “Hound of the Year” and “Hall of Fame” titles. At ARHA field trials a dog is randomly placed into a small cast of dogs, which will range from two to six hounds. Dogs that finish well enough in the casts are placed in a final cast where the top dogs from the day compete.

Judges run through the briars and score dogs on their ability to By the way, I entered one of my beagles in the Open Class. In her first and only cast she scored 20 points, and the winning dog had 40 points. I was proud of her, and it was fun to hear her run with some jam-up field-trial dogs.

If you really like beagling, I suggest you try one of these events. In order to compete, your dog will need to be registered with the NKC, but I registered mine on the morning of the event. Don’t worry, you don’t need any pedigree papers to register your dog with these folks. Look at the schedule on the opposite page, and give these folks a call before the event.

Oh yeah, I almost forgot. The dog that won my cast… it just happened to come out of  Daddy Rabbit’s Kennel. It’s hard to compete with that. Turn to the story I did on Daddy Rabbit. 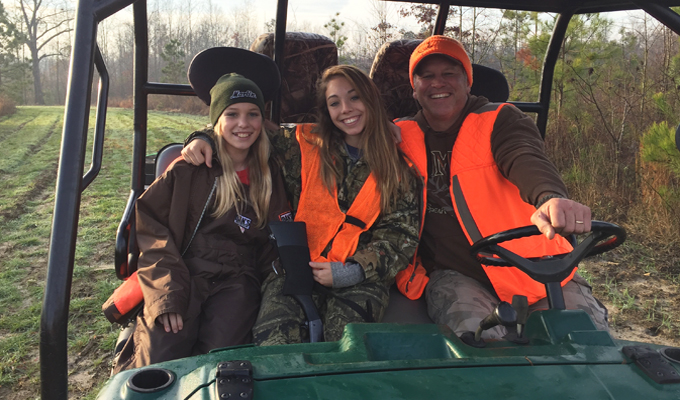