Scott Drennon learns that jackfish taste pretty good when you cook it the right way. When you catch a record fish, it’s always good to have credible witnesses. Scott Drennon, who recently caught the largest chain pickerel ever recorded from the Ohoopee River, did so in front of a good one.

“I was bass fishing with Treutlen County Sheriff Thomas Corbin,” Scott said. “I was throwing a plastic worm when the fish hit.”

Scott wasn’t real familiar with the fish that he caught, but the sheriff was. Sheriff Corbin assured Scott that the fish commonly called a jackfish was the biggest one he had ever seen in the area. When the fish was officially weighed and tipped the scales at 3.41 pounds, Scott had the record.

About all retired the Army colonel knew about the fish was that people said it wasn’t any good to eat. He found out that they were wrong about that. It was the “old good if you fix it right” story.

“If you fry them. All those tiny bones just melt,” Scott said. 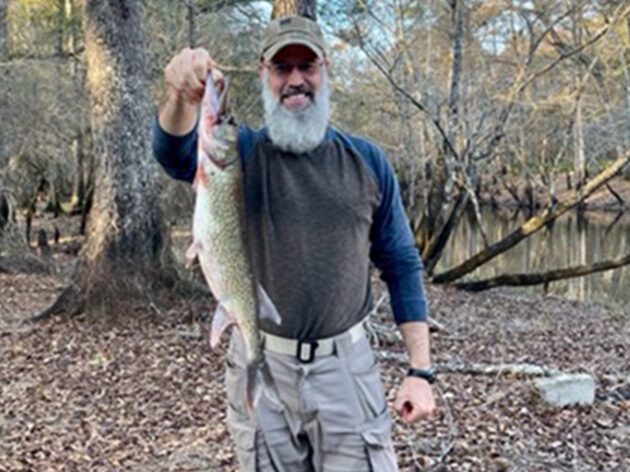