Sportsmen could lose access to favorite hunting and fishing areas as the Forest Service looks to close roads. The public comment period closes on April 13. Access to a favorite camping spot is one sort of recreation that could be affected—or lost—as the Forest Service looks to downsize its road system.

Food plots on WMAs, access to a favorite camping spot, getting a hatchery truck full of trout to a stream—those are just some of what could be affected—or lost—as the Forest Service looks to downsize its road system.

Every national forest in the United States must complete a Travel Analysis Process (TAP) by 2015. The mandate, by Congress, is for the Forest Service to identify the minimum road system needed. Roads considered no longer needed will be decommissioned or converted to foot-travel-only trails. Environmental impacts and costs of road maintenance will be important considerations, and a road’s importance to the public will be also considered.

The Chattahoochee National Forest encompasses more than 750,000 acres in 18 north Georgia counties. Currently, there are 1,240 miles of maintained Forest Service roads on the Chattahoochee. The Forest Service wants to know which of these roads are most important to visitors. You have until April 13 to tell them. A challenge for sportsmen is knowing the names or Forest Service numbers of roads, even ones they might have used for years. Maps are available at Forest Service offices and online at <www.fs.usda.gov/main/conf/home>.

While some sportsmen are concerned this process could lock them out of hunting and fishing opportunities, the “lock-it-up, no-access, no-management” crowd see TAP as an easy opening to get more Wilderness designation on the Chattahoochee National Forest. Wilderness areas result in worse habitat for almost all wildlife, from deer and grouse to endangered songbirds. There are already more than 119,000 acres of Wilderness on the Chattahoochee National Forest.

Adam Hammond, wildlife biologist for the Wildlife Resources Division (WRD) of Georgia’s Department of Natural Resources (DNR), said, “The TAP has the potential to significantly impact Georgia’s sportsmen. We are actively involved in this process and will work to maintain public access for hunting and fishing on our national forests, especially on lands that also are part of our WMAs. Our ability to help the U.S. Forest Service manage the national forests, in keeping with their Land and Resource Management Plan, is of primary concern and completely depends upon having good access for wildlife management activities such as prescribed burning, timber management to improve wildlife habitats and [food plots].

“We would encourage everyone with an interest in our national forests, especially those who enjoy the outdoors for hunting and fishing, to make it a point to share their ideas and opinions with the Forest Service. They are asking for public input… now is the time,” Adam said.

Judy Toppins, Public Affairs staff officer, Chattahoochee-Oconee National Forests, said the budget for maintaining Chattahoochee roads has dropped from $903,000 in 2010 to $533,400 for 2012. This year’s maintenance budget is 28 percent below the average for the past five years.

However, when asked how many miles of roads or what percentage might be closed through TAP, Toppins said a target has not been identified.

“The goal is to identify roads needed for safe and efficient travel and for the protection, management and use of the national forest. We have not been asked to identify a certain percentage of roads for closure or otherwise changes in status. But this is an opportunity to identify roads that are no longer needed, and evaluate other options for changes in maintenance that can lead to a road system that is more sustainable, both environmentally and fiscally. We hope to work with the public to figure out what makes sense, not meet an arbitrary target,” she said.

The Forest Service look at its road system dates back to a 2001 congressional plan. When first announced, the plan projected the Forest Service might reduce its overall road system by more than 30 percent, and as a result “unroaded” acreage might increase by up to 15 percent.

On the Chattahoochee, the number of overdue road maintenance projects is growing, while more visitors are using the Forest Service roads, Toppins said.

“Maintenance consists of activities that include grading, adding gravel, sidearm mowing, culvert replacement and ditch reconstruction,” Toppins said. “We perform maintenance on the highest priority roads first based upon use, potential environmental impacts and support of forest management objectives. At least some maintenance is required annually on all roads to prevent conditions from degrading and to protect water and soil resources. Last year we were able to maintain about 371 miles of the 1,466 miles of roads on Chattahoochee-Oconee National Forests—approximately 22 percent. Roads that cannot be adequately maintained can be dangerous to visitors and threaten forest health. They can increase sedimentation into rivers and streams, degrading water quality and impacting fish and wildlife,” Toppins said.

The initial comment period for the TAP study on the Oconee National Forest ended in August. GON wasn’t aware of the comment period despite our office and editors located in the heart of the forest. We are now waiting on accurate maps to review which roads in the Oconee District have been recommended for closure.

“The evaluation process for roads on the Oconee was similar to the process that will be used on the Chattahoochee, with the exception that we are making a more robust effort to gain public comment from the start,” Toppins said.

The deadline for comment on Chattahoochee roads is April 13. You can view maps and provide comment online at <www.fs.usda.gov/conf>. Maps and comment forms are also available at the Ranger District offices and the Forest Supervisor’s office. Call (770) 297-3000 for directions or more information. 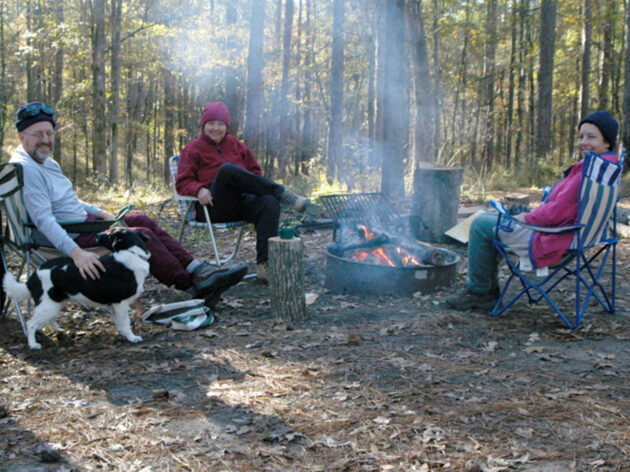 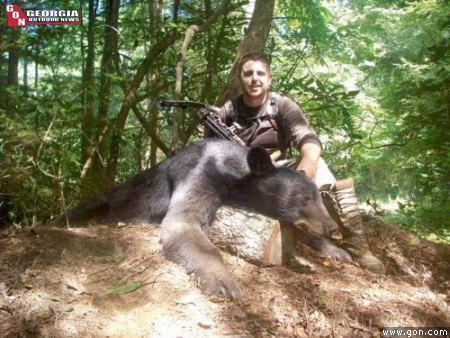