Fishing from kayaks and canoes is still an option on this south Georgia lake. Back in November, Banks Lake in Lakeland began a drawdown to rid the lake of aquatic vegetation that was on the verge of taking over the body of water. Over the last few months, the 900-acre swampy south Georgia lake has slowly dwindled down to a mere 300 acres of mostly shallow water.Susan Heisey, the Okefenokee Refuge Ranger Supervisor, said the drawdown is a normal procedure for Banks Lake and is absolutely necessary to control the coontail that grows throughout the lake.

“We do the drawdown in the cooler months so the freezing temperatures kill the exposed vegetation,” said Susan. “We generally have to do this every three to five years based on vegetation growth. We have consulted the Georgia DNR, and this has proven to be the most effective and natural way of controlling the lake’s weeds.”

Thanks to some well-below average temperatures in south Georgia, the vegetation has been killed, and the boards at the dam have been put into place so the lake can refill naturally. How long it will take now for the lake to refill depends on just how much rain the lake receives over the next few months.

“We have seen years when it takes months to rise back up to full pool, and some years heavy rains have brought it up in just a few weeks,” said Susan.

For now though, the lake is at roughly a third of its normal size, and launching a boat is out of the question due to the lake’s only boat ramp being completely on dry land.

“We are still allowing kayaks and canoes to be launched from the shore, and fishing is still permitted while the water is drawn down,” said Susan.

However, until May 1, all largemouth bass must be released.

Bert Deener, supervisor at the Region 8 Fisheries Office, has worked closely with the refuge during the drawdown, and he feels like it has been a great success. Bert said he is expecting some excellent fishing conditions on the lake this summer.

“Anglers aren’t going to have to spend all day peeling grass off of their trolling-motor prop or pulling weeds off their lures. All of the excess vegetation is dead, and this is going to make for some great fishing,” said Bert.

By leaving water in the deepest parts of the lake during the drawdown, this enables the lake’s population of fish to survive the winter months and reproduce in the spring.

“Without the vegetation choking everything, we are expecting a really good spring spawn. Therefore, now through May 1, all largemouth bass must be released, and no tournaments will be allowed, regardless of how quickly the water returns to normal level,” said Bert.

All other fish species at the refuge may be kept in accordance with normal state regulations, and lots of bank anglers have had some luck catching catfish, warmouth and bluegill while fishing from the lake’s dam during the drawdown.

If you have any questions concerning the lake’s water level or current regulations, you can contact the Okefenokee Wildlife Refuge at (912) 496-7836, or click here. 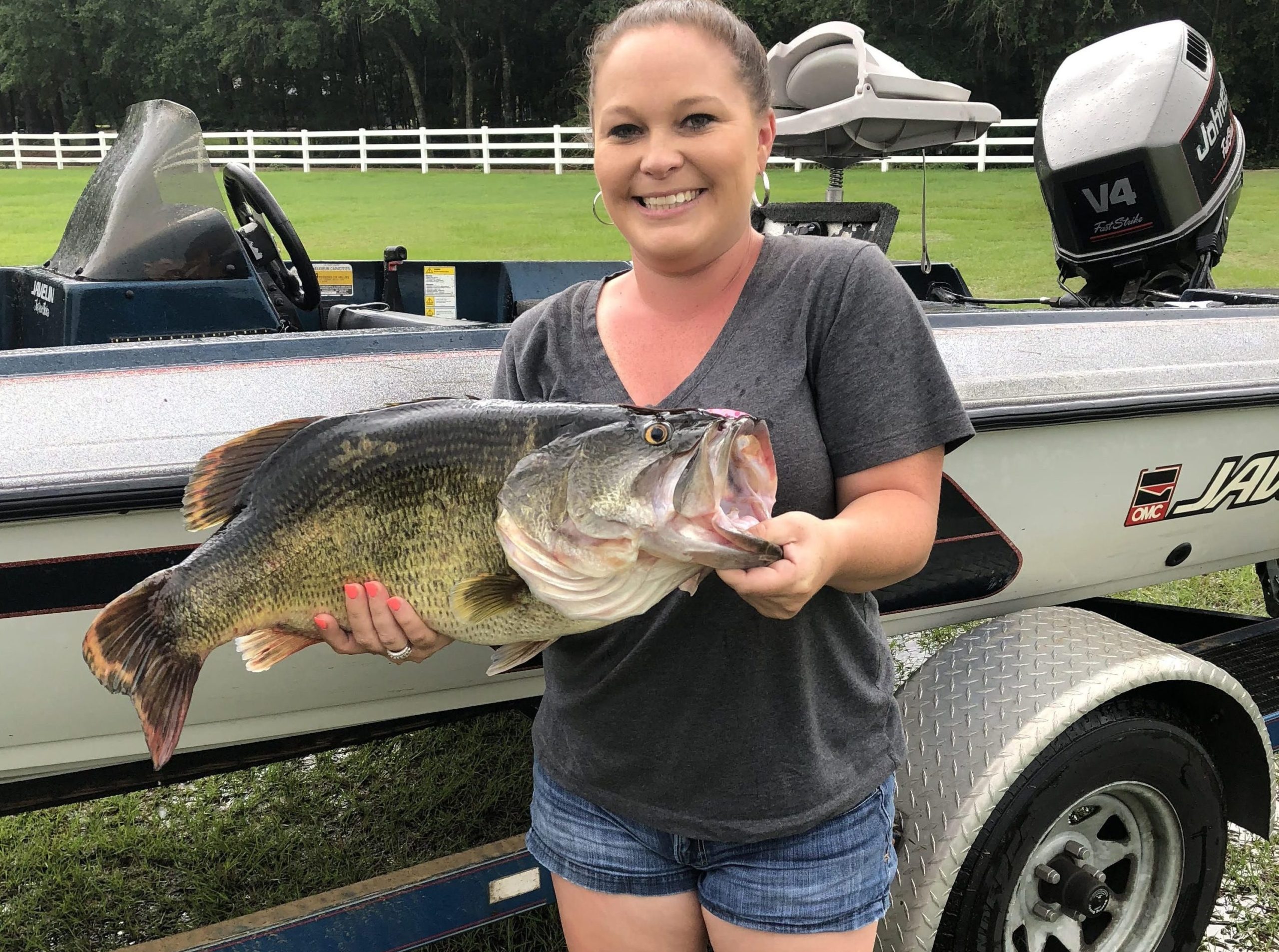