New range and facility at Lakepoint State Park adds to Alabama's impressive slate of archery parks across the state.

A new community archery park will hold its grand opening at 10 a.m. on Thursday, June 24, 2021 at Lakepoint State Park at Lake Eufaula. The Lakepoint Community Archery Park is located near the park’s campground and day-use area. The public and media are invited to attend the grand opening ceremony.

The Athens Community Archery Park in Limestone County, Alabama was the first archery facility in the country of its kind. Now, Alabama has 17 archery parks across the state, including a new range at Lakepoint State Park on Lake Eufaula.

The archery park will be open year-round during normal park hours for recreational shooting, competitive tournaments and outdoor educational programming. The facility features an eight-target adult range from 15 to 50 yards and a four-target youth range of 5 to 20 yards.

Use of the archery park is free for those under 16 years of age or over 65, although Lakepoint Park entry fees still apply. Alabamians ages 16 to 64 must have a hunting license, Wildlife Management Area (WMA) license or Wildlife Heritage license to use the range. For non-residents, an annual WMA license or non-resident hunting license is required. Licenses are available from various local retailers or online at outdooralabama.com.

The new archery park was made possible through partnerships by agencies and organizations— Alabama State Parks, the Archery Trade Association, and ADCNR’s Division of Wildlife and Freshwater Fisheries, which used funding through state license sales and federally matched Pittman-Robertson Act funding, which is an excise tax that sportsmen and shooters pay to the federal government. The addition of an archery park at Lakepoint State Park adds to the already very popular amenities at the Lake Eufaula facility.

The Alabama Wildlife and Freshwater Fisheries Division, in partnership with the U.S. Fish and Wildlife Service, the Archery Trade Association and local communities, has developed community archery parks across the state. These archery parks feature a variety of shooting distances and targets. 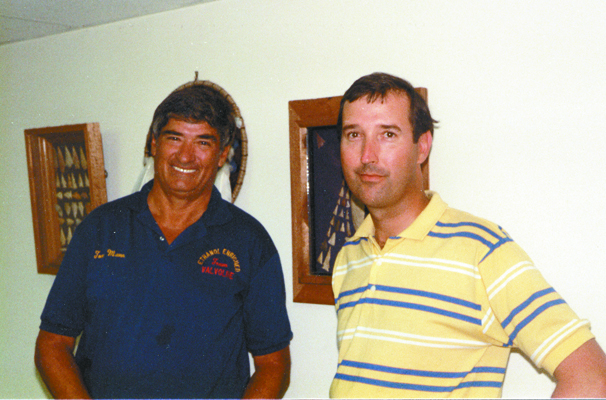