Only in America can a small businessman have any hope of prevailing against the strong-arm tactics of a billionarie bully. But Jay Wallace and his family have taken just such a stand.

Jay and his family have operated Adventure Outdoors, a retail hunting and fishing business in Smyrna, for the past 30 years.

In May, New York City Mayor Michael Bloomberg filed a federal suit against 15 firearms dealers which Bloomberg identified as “rogue gun dealers.” Adventure Outdoors was one of the 15.

On July 20, Jay Wallace returned the favor. Citing slander and libel, he filed suit in Cobb County Court, seeking $400 million in compensatory and punitive damages from the mayor.

In announcing the suit, Jay said, “We have dedicated ourselves to the fight against Bloomberg. I take pride in being a part of the firearms industry. And I won’t stand for my name to be trashed across America.”

In filing the suit in Cobb County Court last Thursday, lead attorney and past Congressman Bob Barr said Bloomberg had conspired with others to deceive Adventure Outdoors in order to falsely and fraudulently purchase a firearm.
By doing so, the conspirators violated both federal and state laws when they falsified an ATF form.

Bloomberg then released misleading statements to the media which damaged the reputation and business of Adventure Outdoors.

Barr has sent letters to U.S. Attorney David Nahmias and also to Georgia Attorney General Thurbert Baker requesting that the actions of the Bloomberg gang be investigated.

While it can be permissible for law-enforcement personnel to violate laws while operating undercover, others do not enjoy the same priviledge or protection.

It seems obvious that Bloombergers came to Georgia and broke Georgia law. In his statement on Thursday, Barr said, “Mayor Bloomberg’s and the other players’ actions were careless, willful and clearly illegal.”

The 21 guns identifed by Bloomberg were sold over a seven-year period. During that same seven years, records cited by co-attorney Ed Marger show New York City had 1,568,000 crimes. Marger also noted that Bloomberg’s focus on the 21 Adventure Outdoors guns as part of New York City’s crime scene fails to recognize that New York has always been the home of big criminals. Crime bosses like Gotti and Lucky Luciani called New York home, as did serial killer Son of Sam.

It is hard to understand how changing the behavior of Adventure Outdoors will improve the quality of life in New York City. If Jay Wallace and his team prevail, it is easy to see how New Yorkers will suffer from the mayor squandering their funds by harrassing Georgia families. 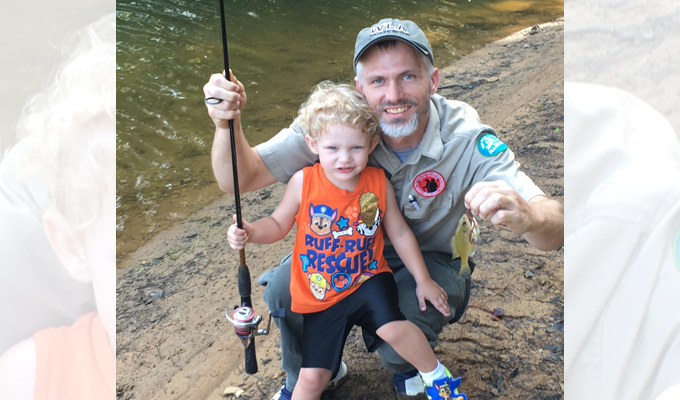