Woodcock Should Fly Into Georgia Around December 10

With fewer and fewer wild-quail covey rises, dog handlers are turning to woodcock hunting to get their bird-hunting thrills. With the deterioration of Georgia quail hunting, some hunters are heading to bottom lands in search of woodcock, a bird that often holds tight to a point.

Twenty yards ahead of us, the little bell on Alder’s collar quit tinkling… our big male setter was on point! The privet was so thick in the river bottom, we were eight yards from the dog before we saw him… another three yards, and the bird flushed. As it cleared the privet, shotguns roared and our first woodcock of the day was down. Alder found and retrieved the nice big female for us (woodcock females are larger than males). The three of us ended the day with our limit of three birds apiece.

With quail — and good quail hunting land — being increasingly hard to find and expensive, more bird hunters are turning their attentions toward a previously rather overlooked game bird, the American Woodcock. Also called the Timberdoodle, woodcock are a migratory bird, with a few year-round residents in Georgia. Most breeding occurs from Pennsylvania northward, and wintering birds spend the colder months from Virginia southward. They usually arrive, in numbers, around December 10 in our state. There are always numerous birds, but a hard, cold winter in Virginia and the Carolinas drives many more birds farther south. The woodcock’s diet is almost entirely earthworms, which they find using their long, somewhat pliable bill. If there is a sustained hard freeze, the birds cannot get their bills into the soil. The same goes for drought conditions. Frozen or hard ground prevents them from feeding.

As you would guess, prime woodcock habitat involves a combination of thick cover and moist soil that holds lots of worms. Worms prefer medium- loamy soil with a pH greater than 4.5, and their numbers decline drastically in acidic soils. Straight pine habitats, because of the needle litter and root systems, acidify the soil.

Feeding woodcock probe around one or two inches under the ground to find their meals. This probing leaves quite a large number of “probe holes” in the soil. Combined with their characteristic droppings, often called splash marks, these holes make knowing whether you have birds or finding birds fairly straightforward. The defecation looks like someone dropped a quarter- sized paint ball, and it burst on impact with the ground.

A few years ago, I scouted a stretch of bottom land hardwood forest along the Altamaha River. The timber company that owned the land had cleared out as far into the swamp as they could without getting their skidders “stuck real good.” At the same time, a week of rain had put the Altamaha out of its banks. Essentially, it was like putting 100 pounds of woodcock into a 10-lb. sack. Not too good for the birds… but excellent for the bird hunting.
I found hundreds of fresh splash marks and flushed 52 birds in four hours. Some of these undoubtedly were the same birds as woodcock seldom fly a long way when flushed. We limited out in an hour the next few days; then we just enjoyed the dog work. The number of probe holes was also astounding. One must be careful in determining if the probe holes are in fact from wood- cock, as American Robins, and other birds, also sustain themselves on worms. Probes made by a woodcock are roughly the diameter of a hole you would create if you stuck a lead pencil in the ground. Woodcock generally dig one to two inches deep. Whether he’s coon, deer or rabbit hunting, John Seginak usually has a pretty big grin on his face; however, this January woodcock hunt put an extra smile on his face.

Woodcock have different diurnal and nocturnal habitats. At dusk, just about when you can clearly see the second star appear in the sky, they leave the bot- toms/coverts, and fly into open areas. One- to four-year-old clearcuts with open areas seem to be preferred, as are overgrown pastures and fields. This lends to another way of locating birds. Place yourself between a cut and good daytime cover, and observe the area for  birds flying into the clearcut. It will be way too late to shoot, but you will know where to head in the morning! Average flight distance between the two habitats is usually a quarter mile or less, but on occasion when one habitat type is lacking, birds may fly three quarters of a mile or more.

Also, as early as December 10, male woodcock perform courtship flights and displays in their nocturnal cover, usually as soon as they fly into the area. Listening for them is another excellent way to locate birds. The male begins by fanning his tail, similar to a turkey gobbler in full strut, and emits a buzzing, insect-like call or a “peent” sound, which may be repeated up to 200 times in a five-minute period. It can be heard for a considerable distance (100 yards) on a still evening. They may do this for several minutes, then they take off on an upward spiraling flight, tightening the circles as they get higher in the sky. When they reach an apex, they begin to decend in a series of oblique moves. As they do this, they emit another vocalization that can also be heard for more than 100 yards. It sounds sort of like three short whistles with accent on the middle note. You can determine the number of birds in a given area by the number of singing males you hear. If you hear five or six, there is a substantial number of woodcock. If you hear seven to 10, you have found a real hot spot!

While listening for birds in a large, 500-acre clearcut last year in middle Georgia, I had the pleasure of hearing 13 different males displaying! The cuts bordered a river bottom land, which is an ideal situation. This property is timber company owned, and I asked them who had the property. They gave me the name of two lease holders, and I contacted them. Both clubs were nice enough to let me hunt, and I had several members hunt with me.

The five of us limited out the two days that I had the opportunity to go. However, we continued to work the dogs just to watch them point. We ended up with some- where around 40 points both days.

If you locate a good area to hunt woodcock, expect the wing- shooting to be somewhat challenging. We have found that birds are closely associated with river- bottom floodplains, large creeks and edges of beaver swamps. Thick stands of privet or cane occurring on moist soils, and young briar-filled (less than five years old) clearcuts/planted pines in low floodplain locations are also excellent.

In the upper and lower coastal plains, just about any drainage with adequate cover will hold birds. The Altamaha River floodplain, between Baxley and Brunswick, has a huge amount of desired habitat. Luckily, many of the wildlife management areas in the coastal plains are open to wood- cock hunting. Maximum numbers of birds are in this area from around Christmas until the season ends.

The limit was five from 1963- 1984, but due to urban/suburban growth, habitat destruction (hardwood forest being cut, and converted to monotypic pine stands), and some years of poor nesting/recruitment, the bag limit was lowered.

There were long-term (1968-2006) declines of 1.9 percent per year on singing ground (breeding) counts, but the 10-year trend indicates no significant decline.

Woodcock are a pure pleasure to hunt with a good bird dog. They hold extremely well to the point and rarely flush unless you’re in a heavily hunted area. They are delicious tablefare, although, as other migratory birds, they are all dark meat. The average female weighs about six ounces, and the average male five ounces.

If you can’t find any quail to feed your wing-shooting appetite, don’t put the shotgun away and sell your favorite bird dog… give woodcock hunting a try, you won’t be sorry. 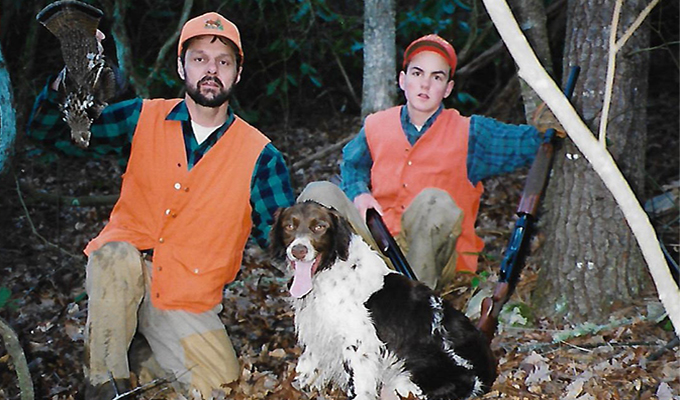 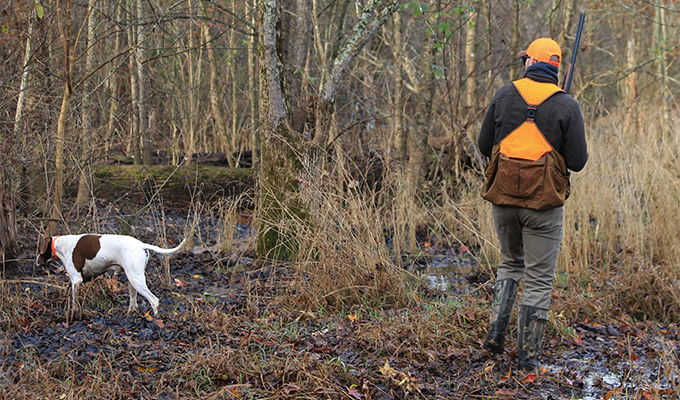