Deer, turkey and hog hunting can be great at Tuckahoe. While you’re there, check out the Battle of Brier Creek site.

Tuckahoe WMA in east Georgia, near Sylvania, has some excellent lands for hunting and fishing. But when you come in by the entrance at Brannen Bridge Road, you may notice a low Revolutionary War monument. What is that mystery monument all about? In this story, we will explore Tuckahoe’s best areas for fishing and hunting, and then take a look at Tuckahoe’s early American history.

Tucked away in Screven County along the Savannah River with some frontage on Brier Creek, Tuckahoe WMA gives sportsmen the opportunity for some excellent hunting and fishing, said I.B. Parnell, WRD’s wildlife biologist for the area, which is managed by the Thomson office where Lee Taylor is region supervisor.

Composed of 15,100 acres, Tuckahoe was purchased by the state in 1990 using funds from hunting and fishing license fees. Also, 3,600 acres inside the WMA boundary is owned by the U.S. Army Corps of Engineers and leased by WRD for hunting.

The area manager is Howard Pope, and he has been on the WMA for 30 years. Thanks Howard for all your many years of great service. He is aided by the fine work of two part-time assistants, Andy Harrison and Jim Smith.

While Pope manages the hunts, the trio maintains the roads, plants and tends to the food plots, conducts control burns, monitors the fishing ponds and ensures that everyone is safe while on the WMA. This year they planted 50 acres of springtime soybeans, and this fall they will put in about 50 acres of wheat and oats, mixed with some perennials and turnips. The WMA has a total of about 140 acres of food plots and wildlife openings. Michael Shipes and his son Trax harvested this nice turkey off of Tuckahoe WMA during the 2020 season.

Pope encourages hunters to get out on the WMA and do a lot of scouting, especially in the hardwood bottoms along the Savannah River and Brier Creek. He says there are plenty of older white oaks and water oaks that drop a lot of nuts and concentrate the deer and wild hogs during the hunting season. Each fall the WMA surrenders some nice bucks. According to GON’s Georgia Deer Records online, the No. 1 Tuckahoe WMA buck was killed by Paul Ewing in 2004 and netted 137 inches. Two other 130-class bucks make up the Top-3. To see the rest of the bucks from Tuckahoe, go to www.gon.com/deer-records.

Wild pigs are numerous on the WMA with the average weight going about 100 pounds, says Pope. Slowly stalking into the wind in the creek in the bottoms is a good strategy, but sometimes just finding a wide opening with good visibility and waiting for the hogs to roam by or be spooked by other hunters works, too. Tuckahoe also has some great fishing in its 12 small ponds that range from 10 to 20 acres. Primary species are bream, bass and catfish, and you can fry up some in the campground for dinner. While in the campground, check out the restroom and shower that was built by private donations several years ago. It is still in good condition, but make sure you clean up when you leave, as there is no maid service.

On the ponds, see the DNR website for a map on how to drive to them. Most have dirt boat ramps, while Barnes Lake and Miller Lake have concrete ramps. There is also a floating dock on Miller Lake to aid in boat launching, says Pope. State fishing regs apply, and both gas and trolling motors can be used. Some of the lakes are overflow ponds from the Savannah River and can be accessed from the river if the river water is above 5 feet. To determine accurate river levels, go to water.weather.gov on your computer or smart phone and type in “Savannah River At Burton’s Ferry” in the search bar.

Now let’s discuss the area’s rare Revolutionary War history. The battle in the early afternoon of March 3, 1779 lasted just a few minutes, but the killing went on much longer, according to Dr. John Derden, professor of history at East Georgia State College in Swainsboro. Both Patriot and British sources speak of the hunting down and bayoneting of the American Patriot wounded. Sir James Baird, commander of two British companies of light infantry, was overheard to say that any man who took a prisoner would “lose his ration of rum,” and a  Loyalist (supporter of British interests) witness said that Baird had bragged of “having put to death nearly a dozen of those supplicants with his own hands, and eventually showed their blood oozing out of the touchhole of his flintlock rifle.”

Every March, the Georgia Sons of the American Revolution gather to commemorate the Battle of Brier Creek, which occurred March 3, 1779. Our Georgia Patriots fought bravely that day, and although they lost the battle, they helped win the war of American Independence. During the commemoration, the firing of a Revolutionary cannon (below) and other events are performed. The war in the South was unusually cruel, but the actions of the British, particularly members of the Seventy-first Foot, were motivated in part by the memory of the recent murder in Augusta of one of their sergeants, Hugh MacAllister, whose body was found hacked to pieces. And witnesses said that during the British charge at Brier Creek, one soldier was heard yelling, “Now my Boys, remember poor MacAllister!”

Observing the aftermath of the battle, a Loyalist remembered “bodies disfigured with reiterated gashes and stabs,” and “sickened at the sight of so many spectacles of cruelty, turned with disgust from the scene.”

The British forces were in complete command of the field. Their losses were miniscule—five privates killed and 11 wounded, including one officer. The Patriots, on the other hand, lost between 150 and 200 that were either killed or drowned. There were 106 missing, and nearly 200 captured, including four colonels and 23 other officers, a loss of at least 30%. The Battle of Brier Creek had been a devastating defeat for the Patriots, says Dr. Derden.

Now as dusk approached and the search for Patriot troops who were wounded or hiding in the swamp continued, members of the Seventy-first Foot set fire to the brush to try to flush them out. A month later, Brigadier General John Ashe, the Patriot commander, reported that he had been told that many had been caught in the fire and their “parched and blackening bodies joined the next morning in offering a sight such as perhaps the sun seldom rises upon among the civilized nations.”

The tragic irony was that the Patriots, 1,100 strong, led by Brigadier General Ashe, had been supremely confident when they had established their camp near the Miller Bridge, which crossed Brier Creek, on Feb. 26. They were in pursuit of the British forces, who were under the command of Lieutenant Colonel Archibald Campbell that had recently evacuated Augusta and were withdrawing to Savannah. Southern colonists were also buoyed by the news of the Patriot victory at Kettle Creek on Feb. 14, which had annihilated a large body of the Loyalist militia, denying Campbell of their support, and fatally undermined Loyalist sentiment in the Georgia back country.

The memory of what happened at Brier Creek on March 3, 1779 faded as the years passed. Defeats are rarely celebrated by the defeated, and the battle site was in what has remained a relatively remote area. But the men of Brier Creek fought in a cause that was honorable and one that was victorious in the end, and their actions that day were part of that ultimate triumph because many of the ones who got away lived to fight another day, and those who fell demonstrated the resolve of the Patriot cause to sacrifice life and limb to fight for American freedom and independence. That day Patriot forces lost the battle, but ultimately, we won the war, says Dr. Derden. Many heroes remain at Brier Creek, buried in unmarked graves, silent sentinels guarding a forest they have made sacred.

Professor Derden says that today we are in a struggle—a struggle to preserve the memories of that earlier fight, its values and its lessons and especially to be thankful for what has been bequeathed to us. The men of Brier Creek are part of that story, and their example is calling us to do our duty,” says Derden.

So, if you visit Tuckahoe WMA to fish or hunt today, be aware that you are walking across sacred ground, paid for by the blood of our patriotic ancestors.

In 2020, the Brier Creek Revolutionary Battlefield Association was successful in having the battlefield added to the National Register of Historic Places. Long term plans include improved roads and parking around the very small battlefield area, along with a walking trail and perhaps long term a visitor center that would probably be located off the WMA due to very tight restrictions on how WMA lands purchased with special funds can be used. These activities would be closely coordinated with the Georgia DNR and not have a negative impact on the WMA, but would improve it with more visitation and positive economic impact to the area, with its primary purpose always being to provide fishing, hunting and outdoor opportunities. 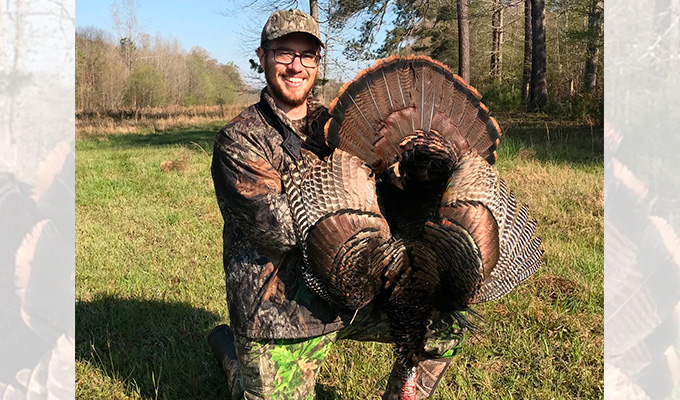 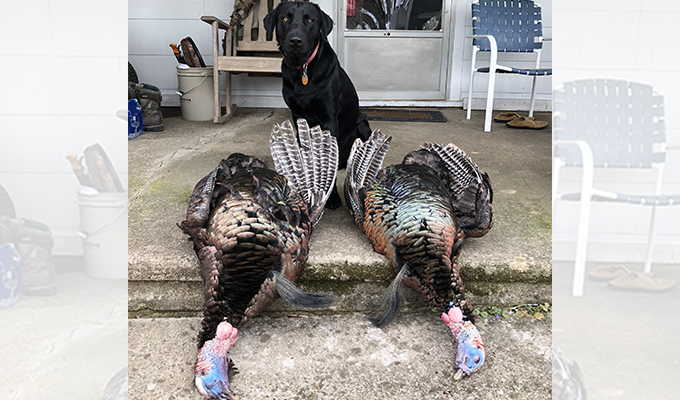