Anti-hunter could be responsible for damage in Dawson Forest incident.

Nick Phillips of Dawsonville was hunting on Dawson Forest WMA on Sunday, September 25 when his 1997 Chevrolet Z-71 pickup truck was severely vandalized.

The truck was parked at an area off Ga. Hwy 136, on the Burnt Mountain Tract of Dawson Forest Wildlife Management Area (WMA).

Nick’s truck was damaged so badly his insurance company was considering totaling the vehicle, according to Dawson Forest area manager William Thacker.

“All the windows were busted out, the mirrors were knocked off, almost every panel was dented, it looked like somebody had jumped up and down on the roof of the truck. They tore out all the air conditioning vents and his radio, and they went through his CD case and stole three or four of those,” William said. “They scratched

Officials gathered one of the mirrors off the truck to dust it for fingerprints.

When Nick first saw the truck, he thought maybe a bear had done the damage until he saw the message scratched into his paint, according to William.

So is an animal-rights activist responsible for the damage? Nobody is sure just yet.

The incident is still being investigated by DNR and Dawson County authorities. William speculated that a big-name animal-rights group would have been likely to put their name on the damage in order to garner publicity.

He said it could just as easily have been a random act of vandalization, a local anti-hunter or someone who was mad at Nick for something.

“He thought about it and said nobody was mad at him about anything that he knew of,” William said.

William and other DNR and Dawson County sheriff’s department personnel staked out the area along Hwy 136 on Sunday, October 2, to see if they could apprehend whoever damaged Nick’s truck.

The detail put out two of their own personal cars to bait the vandals into striking a second time, and the group watched hunters’ vehicles along a five-mile stretch of the state highway. There were two DNR units available to block the highway in case the perpetrator returned to try damaging other cars.

“If anybody had come, they would have been blocked  from either way,” William said.

“We worked a detail from 3 o’clock until dark on Sunday, and nobody came to vandalize any of the cars.”

William hoped the incident was isolated, and pointed to his WMA’s record of success in keeping hunters and their belongings safe.

“This is only the second time I have had damage to a vehicle like this in 29 years,” William said.

Tony Wooten of the Dawson County Sheriff’s Department echoed the hopes of William.

“Hopefully this is an isolated incident,” Tony said. “But I hope we can catch whoever is responsible.”

GON tried to obtain photos of the damage, but according to DNR and sheriff’s department officials, none were taken at the scene of the incident.  Phone calls to Nick Phillips’ residence were not returned. 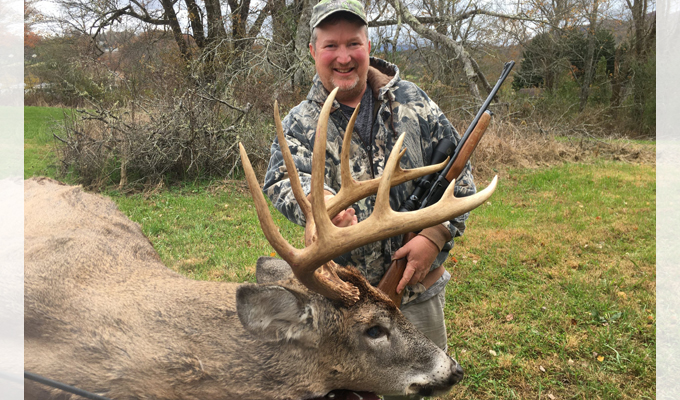