The second annual GONetwork SEEDS benefit shoot at Claibourne Darden’s Taliaferro County farm September 1 started with barbecue and Brunswick stew. It ended with plenty of birds flying, lots of empty shotgun shells, and an amazing result for the SEEDS effort.

The shoot netted $3,379.63 for the GONetwork’s program to encourage participation in hunting and fishing by Georgia’s youth. The amount was nearly double the $1,734 the shoot netted a year earlier.

One of the themes on the field was first-time hunters, and there were more than a half-dozen kids attending who had never been on a dove field before. Victoria O’Neal, 14, of Lawrenceville was on her first-ever dove field. Her dad John directs fire from her 20-gauge side-by-side at a passing dove.

The kids got a taste of an old-fashioned southern shoot that started with a barbecue lunch and iced tea under the shade of a pole barn.

Following lunch, GONetwork President Steve Burch thanked the hunters for their generous support of the SEEDS program. Claibourne then hosted the introduction of the hunters before the shoot began at about 3 p.m. Elizabeth Walker, 4 1/2, of Athens watched for birds with her dad, Ben, and she stayed on the field through the rain shower. “Is my picture going to be in a magazine?” she wanted to know.

The weather could hardly have been better: cloudy, breezy and cool, and even a 20-minute rain shower just after the 50 or so hunters went onto the fields did nothing to dampen their enthusiasm.

The hunters spread out onto two 15-acre millet fields, and when the rain ended, the birds flew. Between 4 p.m. and 6 p.m. the shooting was pretty steady.

As usual, some spots were better than others, and hunters who chose the upper end of the back field pounded away most of the afternoon. Most hunters left with four or five birds, and there were at least a couple of limits taken.

Also typical at something as social as a dove shoot, it was the kids who seemed to have the best time — chasing an armadillo before lunch, retrieving birds or shooting. But it might well have been the parents or grandparents who enjoyed the afternoon more watching a new generation of kids get started in Georgia’s hunting tradition. Sarah McBurney, 9, of Alpharetta was on the field sporting an ankle brace. Her dad John was one of the top guns for the day and collected 11 birds. Jeb Dills, 15, of Buford and his dad James had a ball stacking up an impressive pile of empty hulls. GONetwork President Steve Burch thanks the hunters for their support. Claibourne Darden (background) hosted the shoot on his farm. 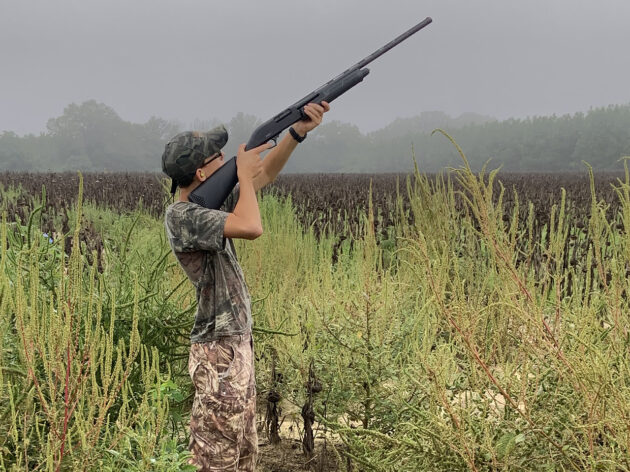 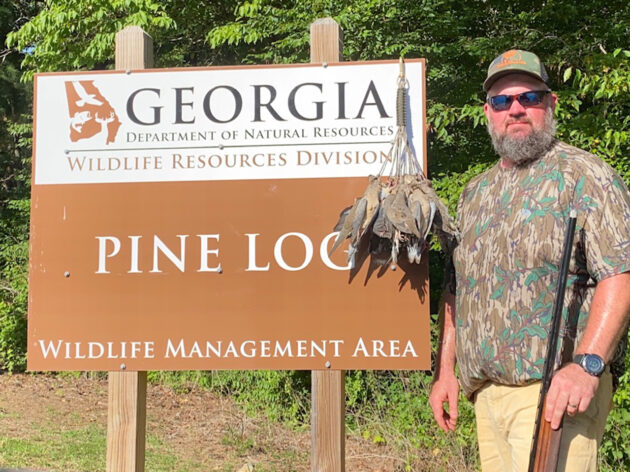 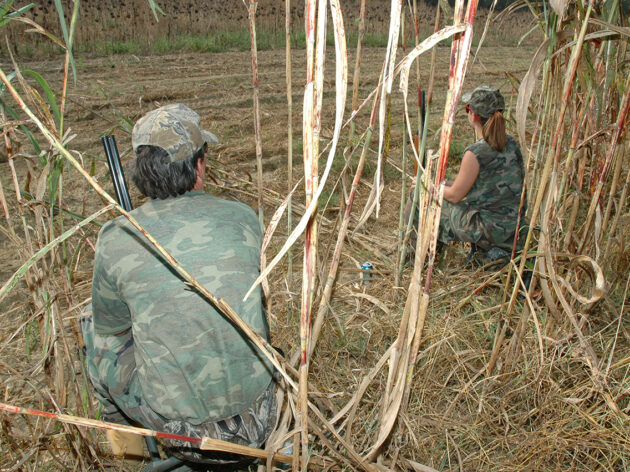 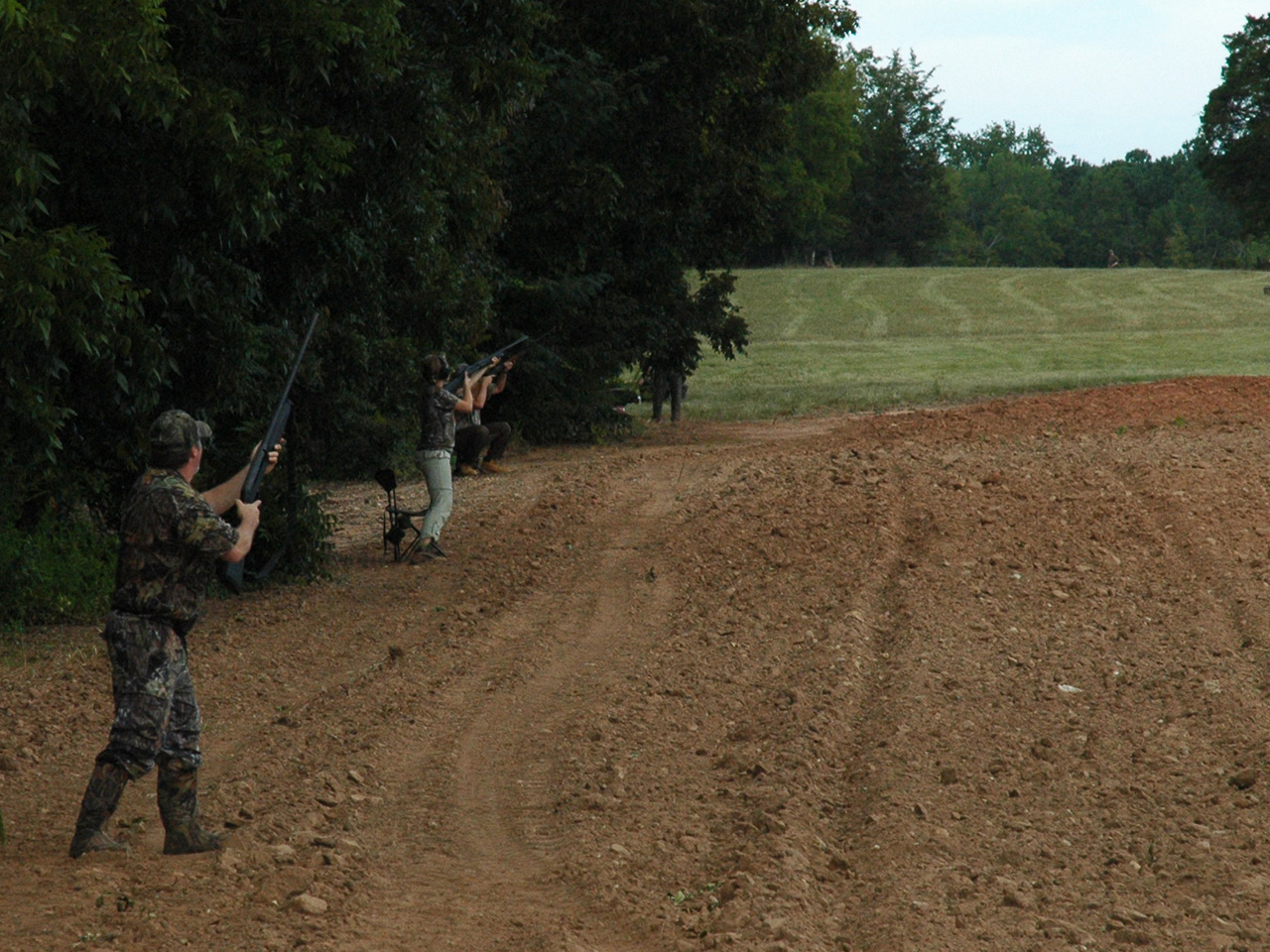 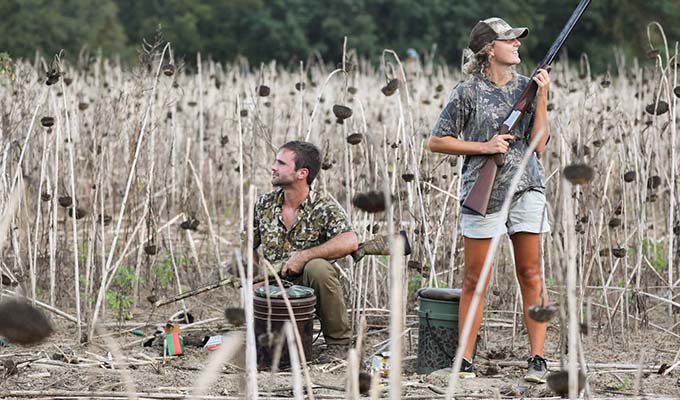 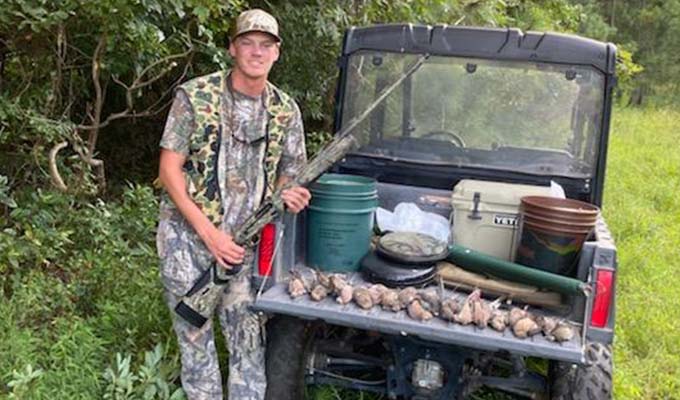