Larry Poole of Martinez now holds the Savannah River yellow perch record and has a tie for the state record with his 17-inch-long, 2-lb., 8-oz. perch. Amazingly, he and partner Albert Moody landed three yellow perch in one day that weighed more than 2 pounds apiece.

The state record for yellow perch, held jointly between Lake Burton and Clarks Hill for nearly 20 years, has been tied again, and from an unlikely location: the Savannah River.

On Feb. 24, Larry Poole of Martinez was on the river below the Clarks Hill dam fishing for yellow perch with Albert Moody, who operates the Herring Hut bait shop in Clarks Hill, S.C. The two men were casting chartreuse Doll Flies with a minnow hooked up through the lips.

“You just throw it out, and reel it in real slow,” said Larry. “When a fish hits, it just feels like you’ve hit mud.”

Larry said he only caught two perch, but one measured 17 inches long and weighed a whopping 2-lbs., 8-ozs., tying the state record. Albert, meanwhile, landed two monster perch among 10 or so perch he caught. Between them, they had three perch that weighed more than 2 pounds. The three bulging-fat perch were kept alive in bait tanks at the Herring Hut until they could be weighed on certified scales, and then they were returned to the river and released.

At Carters Lake, the hybrid bass record has been broken for the sixth time in two years. The current record holder is Max Burgess of Resaca who landed a 9-lb., 4.8-oz. hybrid on Feb. 28. Max said he was fishing for stripers and casting a bucktail jig on a point down the lake when the fish hit. He knew he had landed a good one and took the fish to the DNR Fisheries office in Calhoun to have it weighed.

The fish tops the former lake- record tie of 8-lbs., 4.48-ozs. Max doubts his record will last long either. “There are lots of bigger ones in there,” he said. The Carters hybrid record has been broken again. The latest record holder is Max Burgess of Resaca who caught this 9-lb., 4.8-oz. hybrid on Feb. 28. 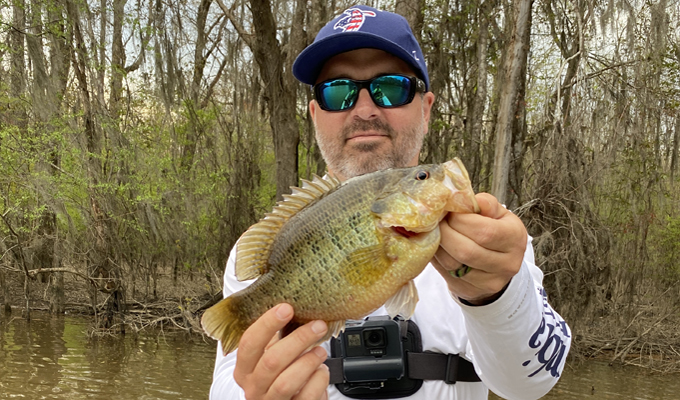