More public meetings this week, plus a Facebook Live virtual meeting on Jan. 31 give hunters the chance to be a part of the process. Tina Johannsen, assistant chief of Game Management, led the meeting, where seven hunters, in addition to a handful of WRD biologists and DNR Law Enforcement folks, attended to hear about proposed regulation changes for the next two years.

While there were no hot-button issues—like the changes to turkey season that were presented two years ago—there were several proposals that Tina presented to the group.

The proposed change that will affect the largest group of Georgia hunters is one that would allow southwest Georgia deer hunters in Baker, Decatur, Early, Grady, Miller, Mitchell, Seminole, Thomas counties a better opportunity to hunt the peak of the rut.

Tina said WRD is also considering adding 100 alligator tags across the state, which would bring the total to 1,130 tags.

“We have more people wanting a chance at an alligator, some of popular zones take seven priority points, that’s a lot,” said Tina. “You can overharvest alligators and not know for 20 years, so we have to be really cautious. We can’t do a whole lot of research because it’s not funded with Pittman-Robertson funds because of a quirk in the law. We are upping it by 100, spread across nine different zones to give a little more opportunity that won’t impact the population. We would not be proposing it if we thought it would.”

Central Georgia bear hunters could get an additional day of bear hunting. However, the bonus day would only come if less than six females were killed on the first day’s hunt. The tentative dates for the central Georgia bear season would be Dec. 16, 2023 and Jan. 6, 2024.

A few other housekeeping proposals were presented:

• For big-game quota hunts, a hunter may bring an assistant afield.

• Add Richmond County to those counties with an extended archery season.

• Allow Northern Zone hunters to get harvested bears tagged by participating taxidermists and meat processors as well as usual locations.

• Stipulate that bears harvested in the Southern Zone must be taken for tagging within 24 hours of harvest.

After Tina’s presentation, four comments were given by the seven in attendance. Those comments included opening duck and dove seasons later and being able to use the online license purchasing system to purchase a commercial trappers license.

Tina and WRD biologists then fielded several questions on CWD and Game Check.

Below highlights meeting locations for the next two nights where hunters can turn out and hear from WRD. In addition, the WRD Facebook meeting was moved to Jan. 31 at 7 p.m. because of a power outage during its original planned date last week. This will also extend the public comment period until Feb. 6. Send those comments to [email protected].

Members of the public will have the opportunity to participate in a virtual public meeting on the Georgia WRD Facebook Page to provide input for consideration into the development of hunting regulation proposals for the 2023-2025 hunting seasons. Visit georgiawildlife.com/regulations/meetings closer to the event date for more information. 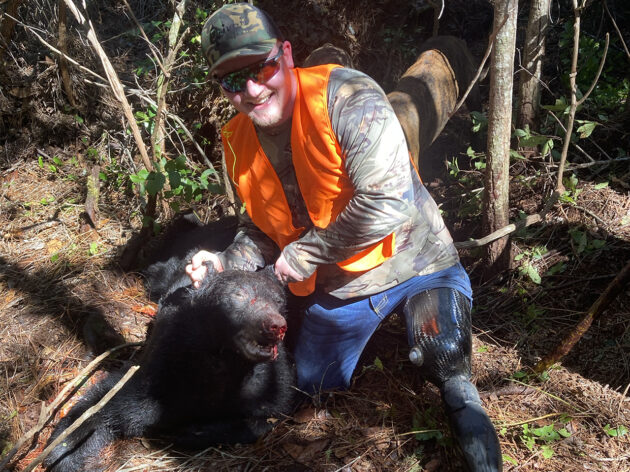 Once In A Lifetime Buck Comes At Home