Teen Discovers Worth County Bucks Locked Together, One Still Alive

Haden High, 17, of Camilla, had a moment on Dec. 8 while in the Worth County deer woods that he’ll probably never have again, and certainly one won’t soon forget. Haden came across two bucks with their antlers locked together, and one of them was still alive.

“It was an ordinary day,” said Haden. “I was checking trail cameras, putting out corn and scouting for rubs and scrapes. I was walking back to a part of the land we rarely hunt to put out some corn and put up a new camera when I heard what sounded like two bucks fighting.” What’s pretty ironic about this story is that Haden witnessed two bucks fighting each other just a few days earlier. However, they were 50 feet off his property, so he couldn’t shoot them.

“Sure enough, I looked to my left, and there’s a 10-point buck stuck on a dead 8-point,” said Haden. “It was not until then I realized that these were the same deer I had seen a few days ago while in the deer stand.” 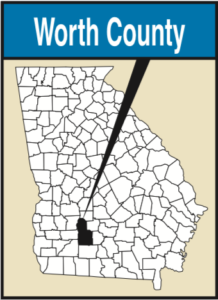 Haden, who was with his buddy, Ryan Barnard, told the friend to watch the bucks so he could go home and get a rifle.

“I shot this deer at about 25 yards, and it fell instantly,” said Haden. “I then cut the antlers apart.

“The overall experience was once in a lifetime, and I’m glad I was able to witness this.” We appreciate Haden’s granddad and GON reader David Griffin for reaching out to us about this rare occurrence in the deer woods.

If you come across something you believe GON readers would like to hear about, we’d like to hear from you. Email [email protected].