The Incredible Story of the “Totem Pole."

Editor’s Note: the following is a letter to GON from Danny Sweat of Albany, recounting what Danny said was “one of the most unbelievable experiences I’ve ever had in my 59 years.”

My father-in-law, Dr. Bill Brown, who was a dentist in Blackshear, Georgia, was well known as one of the most avid and experienced deer and turkey hunters in southeast Georgia. He was the first person I ever saw use a homemade mouth call for turkeys. I still have several unique calls he either made or bought in the 60s.

He also had a collection of guns that included seven or so handmade, Parker double-barrels and 10 to 12 other somewhat valuable guns. He also had several “just guns” that were important to him for various reasons.

Among those last-mentioned guns was an old Oxford Arms double-barrel patented in 1915. At some time in Dr. Brown’s life he had begun to keep score of the deer and turkeys he had killed with this gun by making notches on the bottom of the stock. Dr. Brown nicknamed the gun “Totem Pole,” and at that time faithfully notched each deer and turkey under the “D” or “T” carved into the gunstock.

During the early and mid-60s, while my wife Jeanne and I were dating and even after we were married in 1965, I borrowed that old gun for many dove shoots, and also when we went deer hunting (running dogs) with her dad. I was hooked on dove hunting at that time, and killed many doves with the gun before purchasing my own shotgun in 1965. About the only deer hunting that was done in southeast Georgia during that time was running deer with hounds. However, I joined Dr. Brown on several occasions to still-hunt with muzzleloading rifles. As a matter of fact, I killed my first deer with his .45-caliber muzzleloader on a trip the two of us made to Suwanoochee Wildlife Management Area in the late 60s. This was one of my most memorable hunting trips, and he was very proud to be a part of the hunt.

We moved to Cordele in 1966, and on to Albany in 1971. During all those years, I took every opportunity to hunt or fish with Dr. Brown. We were very compatible and enjoyed doing things together. Jeanne and our three girls enjoyed deer and dove hunting, so Dr. Brown would come to Albany and hunt with us when possible.

During that period of time, Dr. Brown lost the “Totem Pole,” which frustrated him very much. He had always said he loaned the gun to someone and they had forgotten to return it. He just couldn’t remember who borrowed the gun! We never found the shotgun during his remaining years, and Dr. Brown passed away in 1991.

On Monday, January 31, while working at Applied Fiber, I kept thinking throughout the day that I wanted to go to Franklin’s South that afternoon to check out a sale. I left about 5:30 and drove to Franklin’s. The store was crowded with a line at the check-out, so I went on to the back. The guns have always drawn me to that area.

I walked past the used guns and over to the new gun section, where I spoke to Allen Miller, who was writing up a sale. I could tell that he was very busy and I moved along out of the way. I walked down the back aisle of the used guns and was slowly checking out each of them. I saw a double-barrel shotgun with a forearm and overall appearance that looked familiar to me. I reached down and picked up the gun, turning it so I could immediately read “Oxford Arms.” I had only seen one other Oxford in my lifetime, and I immediately turned the stock up, exposing a row of notches on the underside with a “D” and “T” carved above them.

A cold chill went over my body, and I was completely shocked as I realized I was holding the “Totem Pole” that had been missing for at least 25 years! I didn’t know exactly what to do, except that I knew I wasn’t going to put the gun down. My body was inwardly very excited and my mind was very busy trying to figure out how a gun that disappeared more than 25 years ago in Blackshear could end up in an Albany store! I had not touched this gun in almost 30 years!

I calmed down some and told myself I would just have to buy the gun. I looked at the price tag, which said $250, and also had “consignment” on the tag, which meant someone had placed the gun in the store for Franklin’s South to sell for them.

I explained the situation to Allen. He took the gun and me into the back of the store to see who had brought the gun in to be sold. The person who had brought the gun in was a good friend of our immediate family, who was originally from Blackshear. I could not put it all together. All I could do was ask them to hold the gun in the back and go home to discuss the situation with Jeanne. The easiest thing to do might be just to buy the gun. Danny Sweat of Albany poses with the Oxford Arms 12 gauge, a family heirloom that was lost for 25 years and, incredibly, found in January in the used-gun rack at Franklin’s South.

My mind was a little calmer on the way home and I figured the whole thing out! The person who had placed the gun for sale had parents in Blackshear who had been dear friends of the Browns’. I distinctly remembered Dr. Brown telling me he had loaned a gun to the older father of the person selling the gun. During the 25 years that had passed, the father had died, Dr. Brown had passed away, and the mother had also passed away sometime around October of 1999. The gun had apparently been in a closet at their house for all those years.

I later found out the selling party did not know that the gun was not his dad’s. He had gotten the gun from his mother’s house and really didn’t want it, since no one in his family hunted. Jeanne contacted the person and he graciously told her that he wanted her to have the gun. He made arrangements with Franklin’s South for me to pick up the gun.

It’s funny that I couldn’t get my mind off going to Franklin’s South that day. Jeanne said that her dad sent me to get the gun! Maybe so, but however it happened, the “Totem Pole” is back with the family. 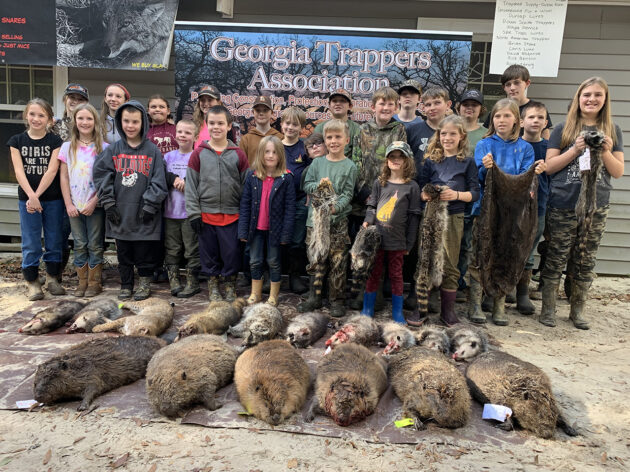