Those of us who have had the opportunity to hunt ducks in a flooded field of corn or grain sorghum, or in an impoundment planted in rice, know that these settings have the potential to draw clouds of ducks. The hunting opportunities that result can be outstanding, but the bad news is that most of us have neither the land, the time nor the financial resources to construct the proper impoundment.

Growing these types of crops, especially rice, requires a very precise mechanism for controlling the water level, as well as a well-suited impoundment. However, there is a much easier, quicker, cheaper method for creating a duck feeding impoundment on your land, or even on your hunting lease, and July is the month to get it started. All you need is a beaver pond.

With beavers flourishing throughout the state once again, to the point of being a nuisance in many areas, beaver ponds are becoming more and more common. These ponds are a great place to manage for duck foods because the beavers that built the impoundment are creatures with very predictable habits. If you knock a hole in their dam and drain the pond, you can count on the beavers to see that it gets refilled. This gives you a rather crude mechanism for water-level control, but it works nonetheless, and there are a few things you can do to give yourself the upper-hand over the rodents in determining the water level in the pond.

There are two roads you can take if you have a suitable beaver pond on your property. You can drain the pond right now and keep it drained this summer long enough for the seeds of native water plants to germinate in the mud and mature, and then refill the pond to cover the natural crop. Or, you can drain the pond and scatter your own seed on the exposed mud. Japanese millet is the plant you’ll want to use for this second choice.

Chuck Hayes with DNR is the state’s waterfowl biologist, and he said that simply manipulating native water plants is a very successful method.

“If you have an old beaver pond, you have a tremendous seed bank in the soil now, and those seeds can last for decades,” Chuck said. “You just have to get the air to it. Drain the water and get it off the soil, and then oxygen can get to the soil and the seeds. Then you just flood it back.”

A myriad of native plants that are good duck food are likely to spring up, including wild millets, Asiatic dayflower, and arrow arum (duck potatoes). But perhaps the most important duck foods according to Chuck are the 18 to 20 different species of smartweed that are native to Georgia.

Smartweed produces a small, shiny black seed in late summer, and the seed is available to dabbling ducks, like mallards, wood ducks, black ducks, teal and widgeon, throughout fall and winter. Some species of smartweed are better food producers than others, while others provide good habitat for invertebrates that ducks feed on. If you have good numbers of ducks feeding on your beaver pond, then you probably have a good stand of smartweed already.

“By now, the second broods of duck hatchlings are off, so July is a good time to knock out the dam and give the plants time to grow,” Chuck said. “We busted out a dam at Joe Kurz WMA last year, and within a month you could hardly walk through there it was so thick.”

If the beaver pond on your property is relatively new, or if you just want to supplement native plants, Japanese millet is the way to go. This annual grass will mature and go to seed in 45 to 60 days at which point it can be flooded, according to DNR biologist Kent Kammermeyer, who has produced beaver pond millet crops on his own land. The seeds of Japanese millet remain viable under water for months, and the millet will even reseed itself if you drain the pond again next July.

To plant millet, simply drain the beaver pond you have chosen and go in with an over-the-shoulder or hand-crank spreader. Scatter the seed at a rate of 30-35 lbs./acre directly on top of the fresh mud. There is no need to turn the soil, fertilize the soil, or do anything other than scatter the seed on the surface. Japanese millet costs about a dollar a pound, so even if you drain and seed a pond as large as three acres, you haven’t put more than $100 into the project.

“Get out there quickly after you break the dam so that the exposed mud is still good and wet,” Kent said. “The surface mud will dry out fast if it’s not raining every day, so the best plan would be to scatter the seed as soon as the water is gone.”

Whether you encourage native plants or put in millet, you will need a method to keep the pond from refilling while the crop matures. Chuck said that the most basic method would be to continue tearing out the beavers’ patch work, but anyone who has ever fought with beavers knows that this can be a full-time job. Beavers go into action as soon as they hear a leak, and even a big hole can be patched overnight. Also, Chuck said that there is a risk that the beavers will simply leave if their dam is continually broken. The best method is to install your own drain to foil the beavers until you are ready to flood the pond again.

There are two choices in this matter. Either drain is relatively easy to build, and any materials you don’t already have on hand can be found at the local hardware store. The simplest is a three-log drain (see the diagram). This is simply three logs, 12-16 feet long and 6-9 inches in diameter, bound side-by-side and wrapped in sheet metal or roofing tin. The tin is then punctured with an axe along its entire length.

Another device is a Clemson Leveler. This is a 20-foot length of 10-inch diameter, schedule 40 PVC pipe with its upstream end perforated and capped. The perforated end is also surrounded by a 4-foot diameter cylinder of galvanized hog wire supported by heavy gauge wire rings. This keeps the perforated intake section clear of debris.

To install one of these devices, tear out a section of the dam over the actual creek channel and lay the device in the gap. The beavers will build the dam back on top of the device, but they won’t be able to stop the leak no matter how high they build, and they are rarely able to defeat such devices. When you are ready to flood the pond again, you simply tear out the device and let the beavers rebuild. The complete instructions for both devices will be found in a DNR booklet entitled “Controlling Beaver Damage in Georgia.” Call (770) 918-6416 to receive a copy.

In choosing a beaver pond for a duck food project, choose one that is about one to 1 1/2-feet deep in most areas. This shouldn’t be difficult since most beaver ponds in Georgia are broad and shallow. You don’t want your millet or native plants too deep for dabbling ducks to reach.

If you observe ducks coming into a beaver pond in the morning, they are using it as a feed pond and you probably already have a good food source there, Kent said. If the ducks are leaving the pond in the morning, what you have is a roost pond, and it can be improved by adding a good food source like millet. However, it is a good idea to make sure you have other beaver ponds nearby being used as a roost area so that you don’t run off all your ducks when you drain the pond.

As for shooting your small beaver ponds, Kent advises against shooting over them in the latter half of the day, especially close to the end of legal hours at sunset.

“Ducks don’t like a disturbance on the roost,” Kent said. “If they get shot at coming in to roost, they’ll switch ponds. A disturbance on a feeding pond or even leaving the roost in the morning doesn’t bother them nearly as much.”

If your land or lease is in or near one of the major river systems in the state, like the Flint, Chattahoochee, Altamaha, Savannah and other major rivers, you will have an easier time attracting ducks because these drainages are the natural fly-ways of mallards, wood ducks and other species. In other areas, it may take a few years of management to build up a regular clientele of ducks that know about the food source you are offering.

GON was recently alerted to a piece of news for land managers. Project WINGS, the program sponsored by Georgia Power that gives grants for food plots and wildlife management practices on Georgia Power transmission line right-of-ways, is offering a second application period.
Originally the project was limited to 17 counties: Appling, Baldwin, Brantley, Burke, Butts, Johnson, Jones, Marion, Monroe, Putnam, Talbot, Troup, Upson, Walton, Washington, Wayne and Wilkinson. Check for a current list of counties. If you own or lease land with a Georgia Power right-of-way, the deadline to get your application in is July 15. 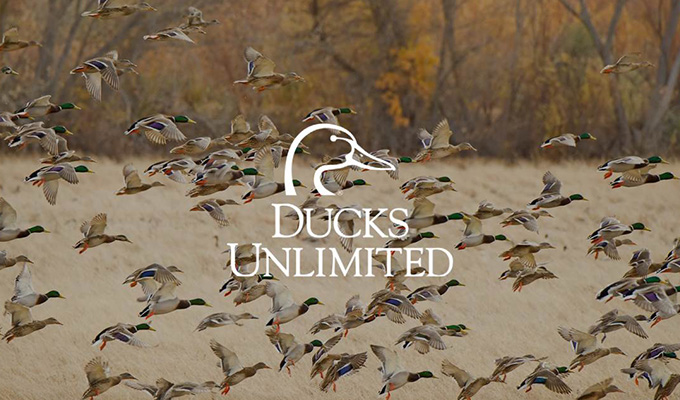