160-Inch Buck And An Engagement

Kayla Stephens likely will have the No. 3 buck of all-time for Quitman County. 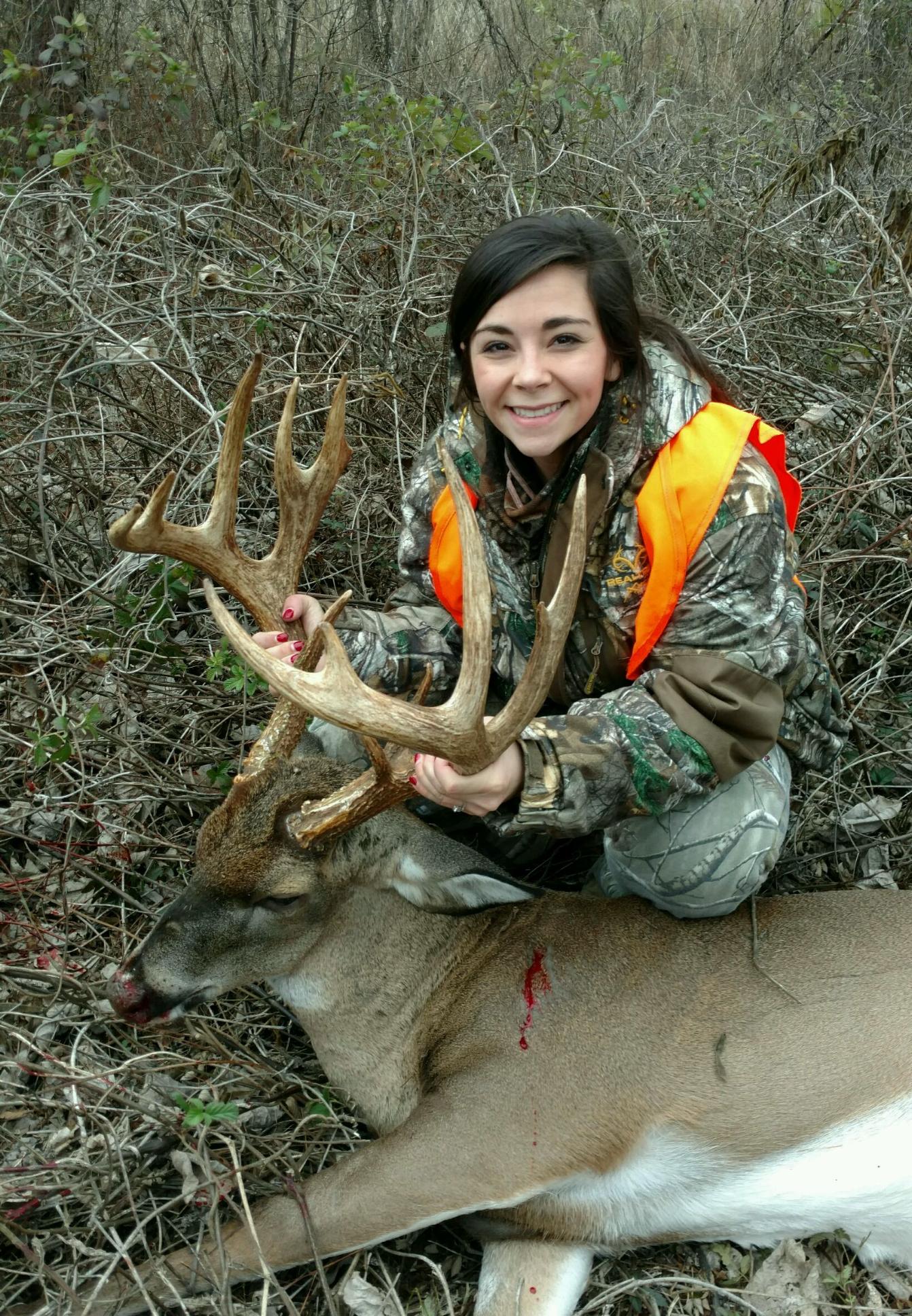 Want to have a good year? Finish strong! Kayla Stephens, of Fort Gaines, ended her 2016 with an engagement and a big buck from Quitman County that green-scored 161 3/8 inches.

On Dec. 31, Kayla decided to go hunt for a bit while waiting to go to breakfast with her grandparents at 8:30. This decision for a quick hunt definitely paid off!

Kayla’s dad, Brad, owns a piece of land in Quitman County where they were both hunting that morning, along with her sister and mom. Brad had gotten pictures of Kayla’s big buck on camera for eight straight days last deer season toward the end of the season. Then, the buck disappeared. However, it re-appeared a couple of days before Kayla ended up killing the buck.

“We didn’t check the cameras before I shot him, but Dad said he saw the big scrapes again. Dad thinks that the buck was only coming in at a certain time of the year,” said Kayla.

The morning Kayla went hunting, it was overcast and misting. She got in a homemade box stand that was on a food plot.

“It was like 8:28, and I hadn’t seen anything that morning,” said Kayla, “I was about to get out of the stand to go meet my grandparents, so I took one more good look around.”

She put her book down and took a look behind her. That’s when she saw a doe, and 20 yards behind the doe, Kayla saw the buck coming.

“At that point, he was probably 150 yards from me,” said Kayla. “They were in plain sight of me, so I wasn’t able to pick up my gun. Anytime they’d put their heads down to eat, I would try to turn around and get my gun.”

When she turned around, the doe was walking out of sight into some kudzu off the food plot. The buck just kept grazing through the food plot until he was about 70 yards from her. Kayla then picked up her .243 and shot him.

“I saw him run off into the kudzu, and he disappeared. The doe then circled around right underneath me, and the buck wasn’t with her, so that was a good sign,” said Kayla.

Her dad told her that she probably had a good shot on it. Brad came up 30 minutes later and was trying to figure out where she shot it because they couldn’t find any blood.

“I was thinking to myself that I didn’t kill it or that I completely missed it or something,” said Kayla, “Then, Dad went walking through the kudzu and starts yelling and screaming ‘Oh my gosh! This is a buck of a lifetime! I can’t believe you killed it!’”

Brad walked past the buck a couple of times because it had only gone maybe 50 yards into the kudzu.

After five years of not seeing or killing much on that land, Kayla finally got it done.

“When I shot him, I didn’t realize how big he really was, so I wasn’t that nervous like usual. It was exciting, that’s for sure!” said Kayla.

The main frame 12-pointer has a double crab claw and a couple of kickers. Its estimated to net in the mid 150s. If that score holds, it’ll be the No. 3 buck for Quitman County.

Brad said, “My parents were there to pick her up (for breakfast), so they were able to help us find the deer; it was awesome having three generations of hunters there. I was just happy that she got a deer, but especially a deer like that. God definitely smiled down on Kayla that day.”

After 2 1/2 years of dating, Kayla and her boyfriend, Austin, got engaged on Dec. 17 on her grandparent’s farm. They met while attending college at the Auburn University. Their first date was on the farm, as was the proposal. Both Kayla and Austin are very close with their families, so everyone attended the proposal. Austin got on one knee by a pond—where Kayla had many childhood memories—in front of both families, and he popped the question. This is also where they will be getting married on May 13, 2017.