After becoming paralyzed from the waist down, 20-year-old Luke Zech has made an eventful return to hunting. 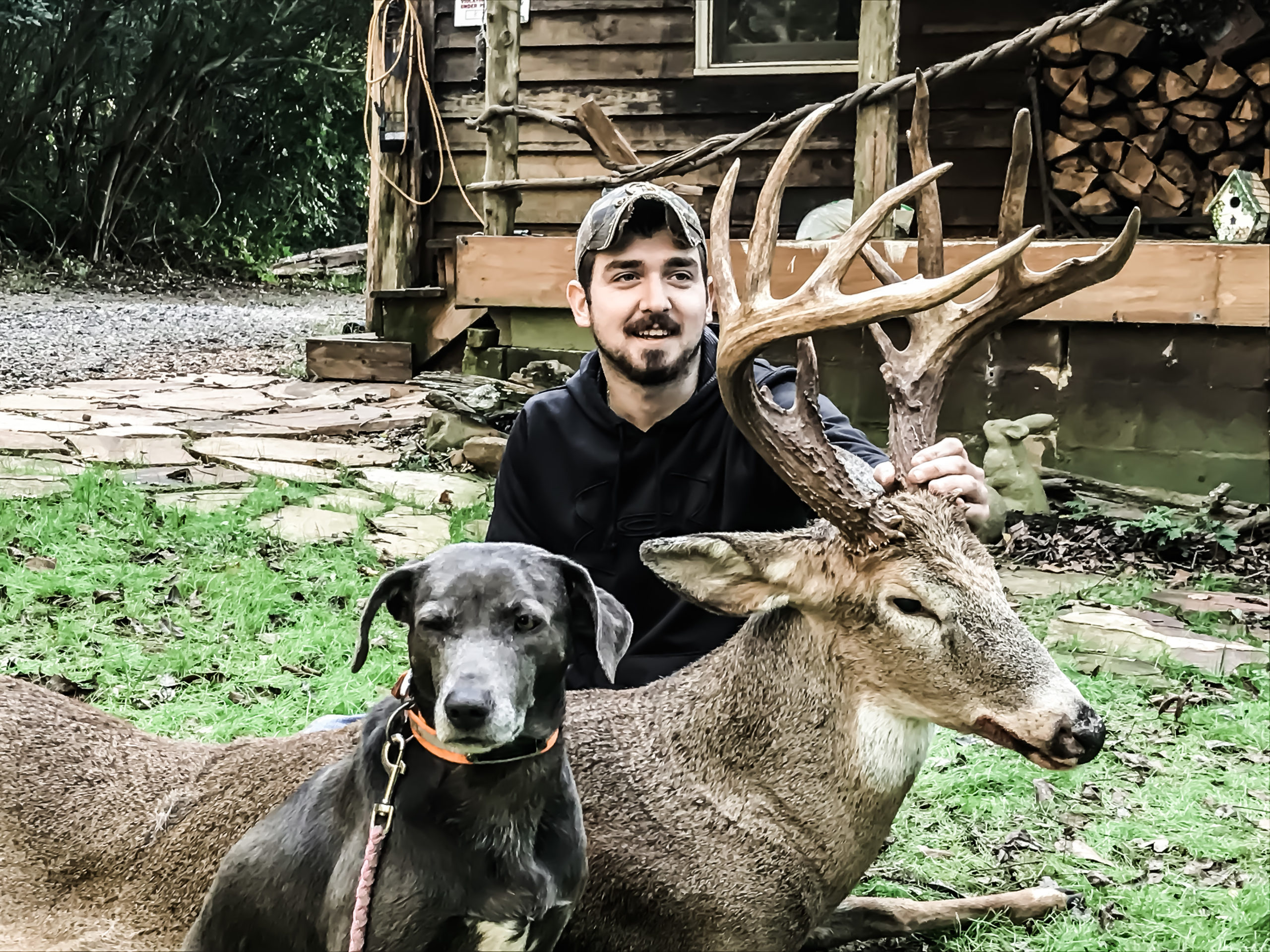 On Oct. 25, 20-year-old Luke Zech, of Monticello, was debating on whether to go to class or hunt. Luke is currently a film major at Georgia College in Milledgeville.

Luke did what many deer hunters would have done with the rut quickly approaching; he decided to hit the Jasper County woods.

On Jan. 1, 2016, Luke fell more than 15 feet out of a tree, breaking his back and paralyzing himself from the waist down. That type of life-changing injury might keep some people from doing what they love, but not Luke.

Luke was given permission by one of his friends, Kevin, to hunt his land, more specifically a certain buck on the land. This mature buck had eluded hunters for more than three years.

“Kevin told everyone he knew that he didn’t want anyone shooting it besides him,” Luke said. “Then he pulled me aside and told me that if I saw it, I could shoot it.”

Because he decided to go hunt late, Luke did not get set up to hunt until about 5:30 in the afternoon.

Luke took his 4-wheeler to a ground blind about 400 yards away from camp. He was hunting in a wide-open field with a valley in the middle, with the blind situated on one side at the top of the hill.

After a few minutes in the blind, a couple of does wandered out into the field. A small 6-pointer followed soon after, making rubs and scrapes while chasing does and grunting.

All of a sudden, Luke heard something up in the woods across the valley. He saw a large-bodied deer with antlers begin to make its way out into the open.

Luke has not slacked off whatsoever since the injury. He works out constantly, wanting to stay in tip-top shape. This allows him to move through the woods with what seems like ease, but that is just because he has done it so many times.

“A lot of people might look at me pushing through the woods and say, ‘Well, that’s easy,’” said Luke. “Even if you’re strong, if you’re paralyzed, it’s very hard to get in the woods.”

He said it is important to know where to let people help and when to do things himself.

As soon as the buck lifted its head up, all of the other deer snapped their heads up, took one look at the buck and bolted into the woods.

He pulled his scope up, watching the deer as it strutted out in the open with its head down and moving with a purpose.

As the big buck neared the edge of the woods, Luke grunted, causing the deer to stop and snap its head up. It was slightly quartered toward Luke, so he put the crosshairs right on his shoulder and squeezed the trigger.

“Unfortunately, I didn’t make the shot that I thought I did,” said Luke. “I hit him low and ended up having to track him.”

Luke called his dad, Tim, who rushed out to help Luke. He told his dad the whole story and then showed him where the deer was when he shot it.

At first, they could not find any blood. Tim looked all over where the deer was standing, up the hill, in the valley. He wandered over to the edge of the woods and finally spotted fresh blood.

Tim went off to track it because it was too thick for Luke to get through. They even called Luke’s uncle to help look, but they came back empty-handed.

The situation had changed quickly from the highest of highs, to the lowest of lows.

“When we decided to pull out for the night and go home, I literally had to stop on the square in Monticello because I was sick to my stomach,” said Luke.

Tim, however, refused to take no for an answer, and Luke gives his dad credit for not giving up on the deer.

At 3 in the morning, his dad called around trying to find a guy with a dog. He found a guy named Mike Lopez from Perry, nicknamed Idaho Mike, who agreed to come out the next morning.

After a while tracking, Luke heard the dogs catch the trail and take off and in short order, Luke had his hands on his 12-point buck.

It has not been officially scored yet, but it scored a rough 158 7/8 inches, the biggest buck Luke has ever killed, even beating his 150 buck from Kansas.

This was Luke’s fourth buck since his injury, also the largest of the four. He has killed three to four does, also.

“I can’t take full credit, if it weren’t for my dad helping me I wouldn’t have found that deer,” Luke said.

Luke’s injury has allowed him to look at his life from a different angle than he ever thought possible.

“I don’t know if it’s just because I’m half-crazy or what,” said Luke. “I looked at it like it was the first time I had ever gone hunting.”

While Luke looks at it in a positive light, he admits that it can be difficult at times. Trails need to be cleared more, and he usually needs a 4-wheeler or golf cart to get around the woods and to his stand. But his dad has been there beside him the entire time, helping him when he needs it and encouraging him all the way.

Tim has helped Luke adjust, fixing up stands to where Luke can drive right into it.

Luke has been able to find an entirely new appreciation for the sport and what it means to him. He now has a whole different love for it and is in the woods just as much or more now. He said that ever since he got out of the hospital, he has been in the woods almost every single day.

“Part of me getting back out in the woods was showing myself that I’m capable of doing what I want to do,” said Luke.