This 8-footer bit a ballyhoo intended for other blue-water species. 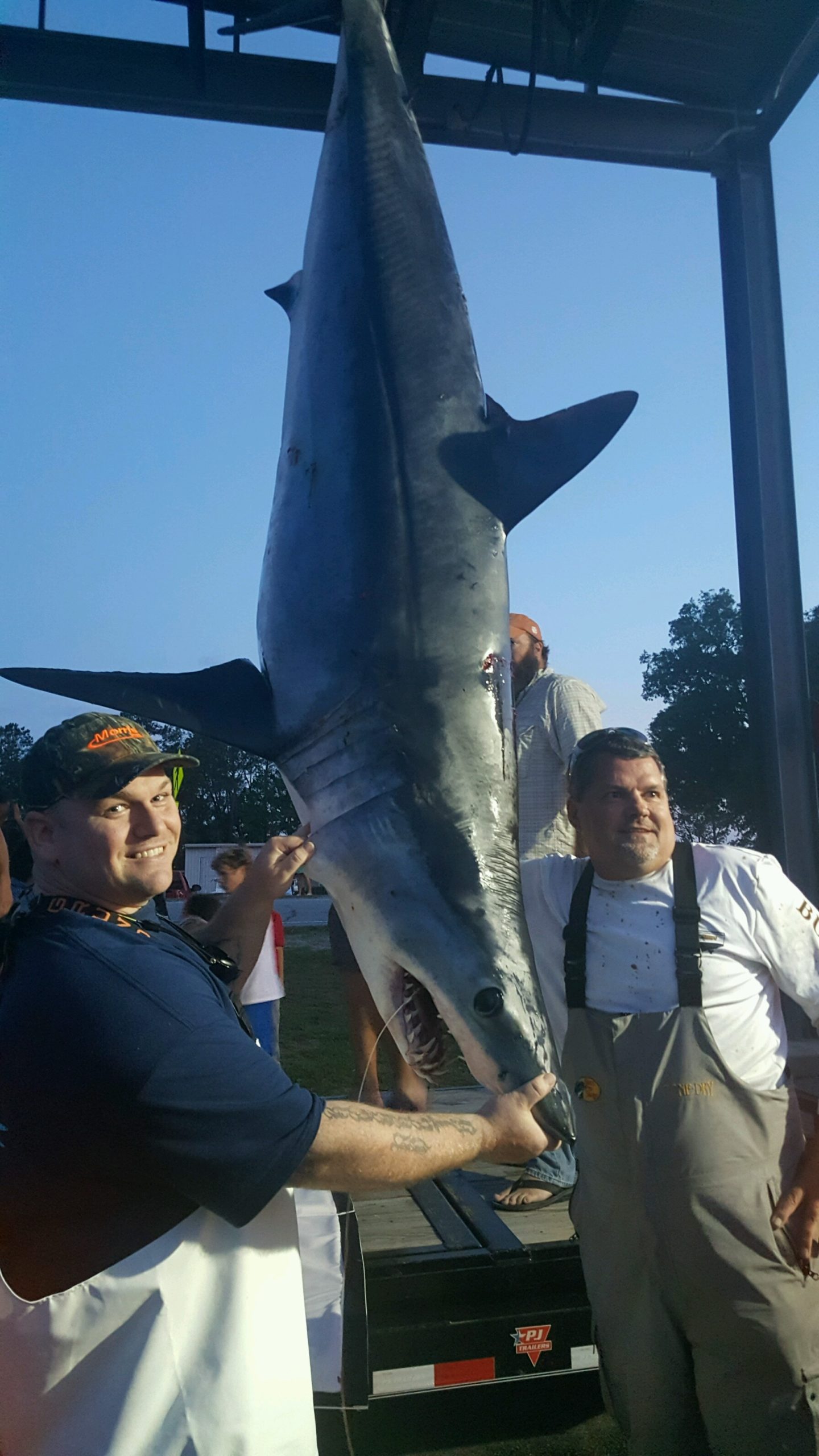 Tyler Gary caught a shortfin mako shark off the Georgia coast in late April that is now the new state record and was confirmed by DNR’s Coastal Resources Division (CRD) on May 26. Tyler was fishing out of Richmond Hill with the Vindicator Fishing Team and Charters on April 26.

The shark bit 70 nautical miles off the Georgia coast in an area known as The Deli on a skirted ballyhoo that was intended for blackfin tuna, wahoo or dolphin.

“The shark fought for about half an hour and skyrocketed out of the water 15 feet on multiple occasions,” said Luke LaBrecque, who was in the boat and helped boat the shark.

“It was a catch of a lifetime. I’m very proud of my crew for working together and being a part of this catch,” said Capt. Daniel Owsley of Vindicator Fishing Team and Charters.

Back at the dock, the mako weighed 440 pounds, was 8-feet, 1-inch long and had a girth of 59 inches. According to Georgia DNR records, the largest recorded mako shark was caught by Harry Wooley in 1975. It weighed exactly 228 pounds.

“It would not be uncommon to catch a mako where they were due to the temperature and depth of the water,” said Carolyn Belcher, the Research and Survey Program Manager with CRD.

Capt. Daniel added that the blackfin tuna Georgia state record was caught on his boat on April 30, 2016.

In addition to the new state-record mako shark, Team Vindicator ended their fishing day with 25 dolphin and two blackfin tuna.