Bass: Good and getting better. “The largest weights of the year are starting to come to the scales. It has been taking over 20 pounds to win on Tobesofkee the last couple of weeks, with 27 pounds being the biggest weight so far,” said tournament angler Clayton Batts. “The big females are starting to move up out of their winter haunts. There are some fish being caught on a Carolina-rigged Big Bite Bait’s 6-inch finesse worm or lizard in 8 to 12 feet of water. They are holding on any brush or rocks in this depth range just waiting on the nights to get a little bit shorter and the days to get a little bit longer so that they can go ahead and make the move on up. There are also some fish that have already made the first move to some of the shorter pockets. The shallow fish are being caught on a variety of baits. If you get several warm days in a row, it is time to start throwing reaction baits.” Clayton recommends a chartreuse/white Picasso spinnerbait with double willow blades, a Spro Little John crankbait in rootbeer/chartreuse or a Stanford Razor Shad crankbait in citrus shad. “If there is a little front coming through, slow down to a Spro K-Finesse jig in black/blue or a Big Bite Baits Fintwist jig head with a junebug or sapphire-blue finesse worm. As the warm days in March come, look for the fishing to get better and the shallow bite to be the dominant bite. By the second or third week in March, you should be able to start seeing some beds in pockets and on the main lake. Fish slow around sandy areas with a junebug lizard or a Big Bite Trick Stick,” Clayton said.

Crappie: Very good, according to Clayton. “The recent warm weather has got the crappie active and feeding all over the lake. The bridges are still producing some fish, with the Lower Thomaston Road Bridge being the dominant one. There are also good numbers being caught trolling Triple Tail grubs in the 8- to 10-foot range. The colors that have been working the best are tractor green, black chartreuse and bubblegum chartreuse. When the water gets in the low to mid 60s, don’t be afraid to troll in water as shallow as a foot or two. The main thing is just to cover a lot of water and depths until you find them, but when you catch one keep trolling through that area because she won’t be alone,” Clayton said. 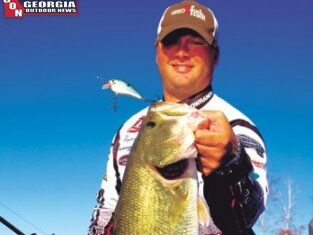 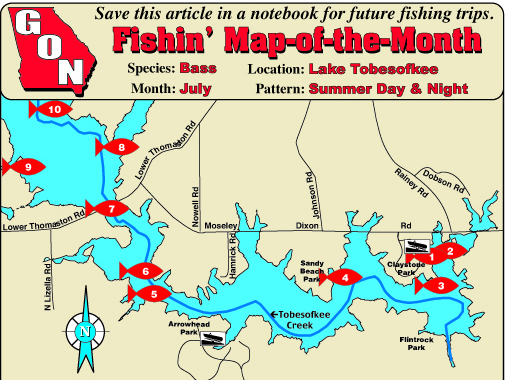 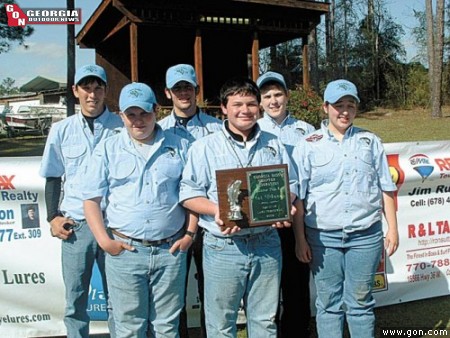