This column is designed to highlight the efforts of Georgia DNR Law Enforcement Division (LED) officers who, among their many duties, protect Georgia’s wildlife, sportsmen and natural resources from game-law violators.

According to the official incident report written by Cpl. Mike Wilcox, “At approximately 1830 hours (6:30 p.m.), we heard shots coming from a nearby pond. Cpl. McNeely and Sgt. Dasher went one direction to try and locate where the shooting was coming from. RFC Crawford and myself went the other direction. We suspected the shooting was going to be people shooting ducks after legal hours. Legal shooting hours for Jan. 29 ended at 1756 hours (5:56 p.m.).

“RFC Crawford and I saw some fresh tire tracks going into a field off of Short Cut Road. We followed the tire tracks around the field edge and could see a truck sitting in the back of the field. RFC Crawford stopped his patrol vehicle, and we got out and started walking to the truck. We could still hear the shooting when we got out of the truck.

“I notified Cpl. McNeely and Sgt. Dasher that we had located the illegal duck shoot. As RFC Crawford and I walked toward the truck, we heard a guy start yelling the name ‘Glen.’ The man yelling for Glen was later identified as William Robert Thomas. The guy yelled ‘Glen’ multiple times, and then he said that the ‘Game Warden was coming.’ We heard another voice come from the opposite end of the pond, later identified as Glen Patrick Workman, trying to communicate with Thomas. I heard Thomas say, ‘Come to the railroad bed.’ It was later determined that there is a railroad bed on the other side of the pond from where the truck was.

“Finally, Cpl. McNeely said he was going to have the truck towed if they did not come to the truck. Workman and LeMaster finally exited the pond at our location. Cpl. McNeely and I were standing at the edge of the pond and were able to see where the two suspects came from. We asked where the third person was. Both suspects denied that there was a third person. We returned to LeMaster’s truck and checked shotguns and shotgun shells and hunting licenses. Both suspects were in possession of three wood ducks a piece. The daily bag limit for wood ducks in Georgia is three per person per day.

“While we were talking to LeMaster and Workman, Thomas drove to our location in a jeep. Thomas explained that he was the owner of the property and wanted to see what was going on. Thomas lived on the same end of the pond that he was yelling from. Thomas admitted to yelling for Glen and letting him know we were coming. Thomas denied any involvement with hunting. Thomas stated that he was at his house when his wife returned from hauling off the trash to the nearby dumpster. His wife came home and told him that we were sitting in a field up the road. Thomas said that is when he tried to notify Workman and LeMaster.

“Based on my experience, the actions of Thomas on the night of Jan. 29 were to warn Workman and LeMaster of the presence of ‘The Game Warden.’ The only reason Thomas would feel that it was necessary to warn them is because he knew what they were doing was against the law. Thomas also went as far as trying to direct them away from us to the other side of the pond onto the railroad bed. By the above actions, Thomas was directly interfering with the performance of our duties.”

Edward Grant Lemaster, of Rocky Ford, was charged with Taking Over the Bag Limit and Hunting Waterfowl After Hours, and he paid a $685 fine on March 4 in Screven County State Court.

William Robert Thomas, of Rocky Ford, was charged with Interference With Performance of a Ranger’s Duties and paid a $680 fine on May 27 in Screven County State Court. 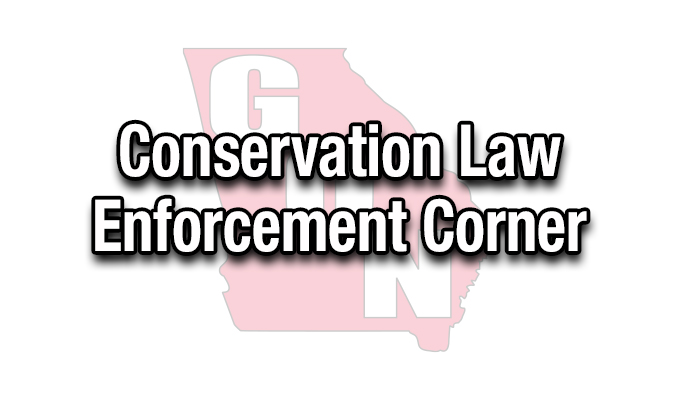