One thing we learned during the craziness of COVID is how quickly everything can go to hell in a bucket.

The two top stories in the news on April 3, 2020, was no toilet paper in the stores and an absolute meltdown of outrage because the Georgia governor said it was OK to take a walk on the beach. Think about that. We have now had time to look back on what happened in the name of keeping the public safe, and a lot of it scares the heck out of me.

I’ll admit, when COVID first hit we were scared. Everyone in our house was sick. We stayed home, binge-watched Tiger King with escalating disbelief. The news was full of stories of overrun hospitals, ventilators and looming death. We know people who died from COVID. For some, it hit hard and was serious. But the theater of absurd restrictions the government put on people—what we could and could not do—should never be forgotten.

History lessons should be taught on what the Canadian government did when truckers protested a vaccine mandate. A Western democracy literally froze and seized the bank accounts of people who donated a few dollars to support protesting truckers.

Even government in the United States—the freest, individual-liberty-based construct of living ever attempted by a nation in the history of the world—went about 10 bridges too far in the name of public safety. Throw in all the state and local restrictions—much of it in retrospect is hard to believe. That really happened?

And it should never be forgotten.

The key phrase that scares me is ‘State of Emergency.’ With the stroke of a politician’s pen, draconian restrictions can be enacted that literally dictate who can go to work, who can cross a state line, what stores can be open… it goes on and on.

And where does it go the next time? What if a president, a governor or even a mayor decides to declare a State of Emergency over the next virus? Or because of gun violence?

Take the beach situation during COVID. The mayor of Tybee Island shut down the beaches in March. Governor Kemp on April 2, 2020, said the beaches were open. The national news went crazy blasting our governor.

Well, who was right?

So what does all this COVID and State of Emergency talk have to do with hunting and fishing?

Remember how COVID blew up right as the 2020 turkey season was getting started and the March fishing was on fire? The country was under a ‘shelter in place’ directive—unless, of course, you needed to go to Walmart.

So, the country was supposed to ‘shelter in place.’ The governor of Michigan, using her State of Emergency powers, literally said no more than two people could be in a boat. Didn’t matter if it was jonboat or a 60-foot yacht. Didn’t matter if three people lived together and drove to the lake in the same truck. Two people in the boat. Or get arrested. Keeping people safe, you know…

Meanwhile, in Georgia, the governor’s office tracked down the GON publisher’s cell phone number and called at 9 p.m. on a Tuesday evening so we could get the word out that hunting and fishing were not shut down in Georgia despite shelter-in-place orders.

I wrote an article the next morning saying hunting and fishing were not banned. I got a call from a woman in Monticello. She was literally in tears because GON’s article saying hunting and fishing were not banned would get lots of people killed. She didn’t think anyone should be allowed to go hunting or fishing… keep people safe, you know. We talked for a quite a while, and then she had to end the call. She said she needed to drive up to the Madison Walmart. For cat food. True story.

There’s an election coming up. I don’t know Stacey Abrams. I reached out to her before the 2018 election, but we never heard back. My sense is that if she were governor, she wouldn’t be reaching out to GON to let sportsmen know hunting and fishing were open during the next State of Emergency. I don’t think she hunts and fishes, and I know she doesn’t read GON. Brian Kemp does. We don’t get political often in the pages on GON. But how things were handled should not be forgotten. We should consider who we elect, in every race, and how they will handle the next emergency. 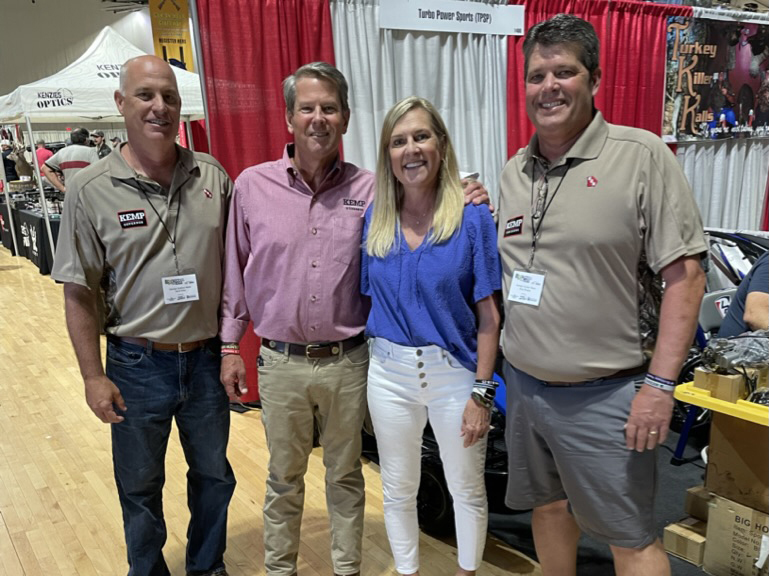